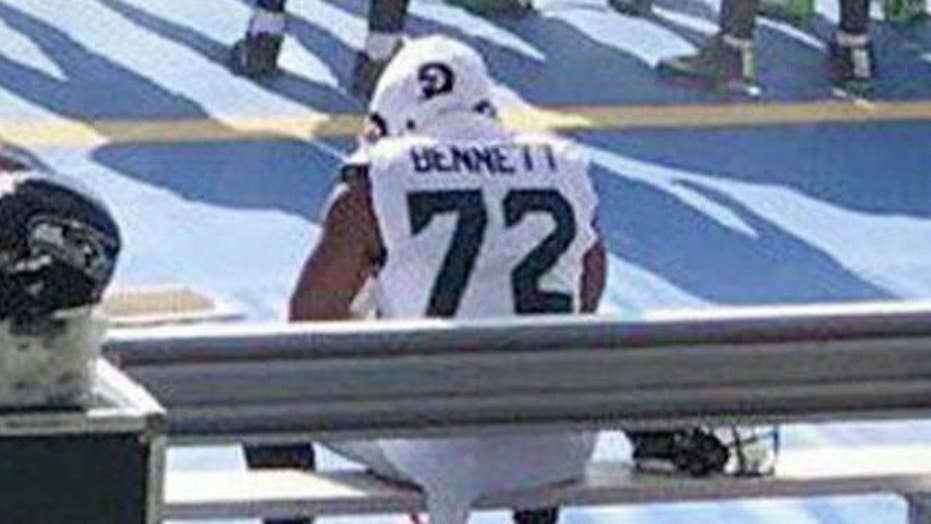 Defensive end sat on the bench during anthem at preseason game

Seattle Seahawks defensive end Michael Bennett sat on the bench during the national anthem before the team’s game at the Los Angeles Chargers on Sunday night.

The rest of the Seahawks continued last season’s ritual, linking arms during the anthem.

Bennett joins former teammate Marshawn Lynch, who also sat on the bench during the anthem preceding his first game with the Oakland Raiders on Saturday.

Bennett, who is writing a book called “Things That Make White People Uncomfortable,” has frequently been outspoken on social issues.

“I think people were so caught up in the flag that they forgot about the message of social injustice,” he said last season.