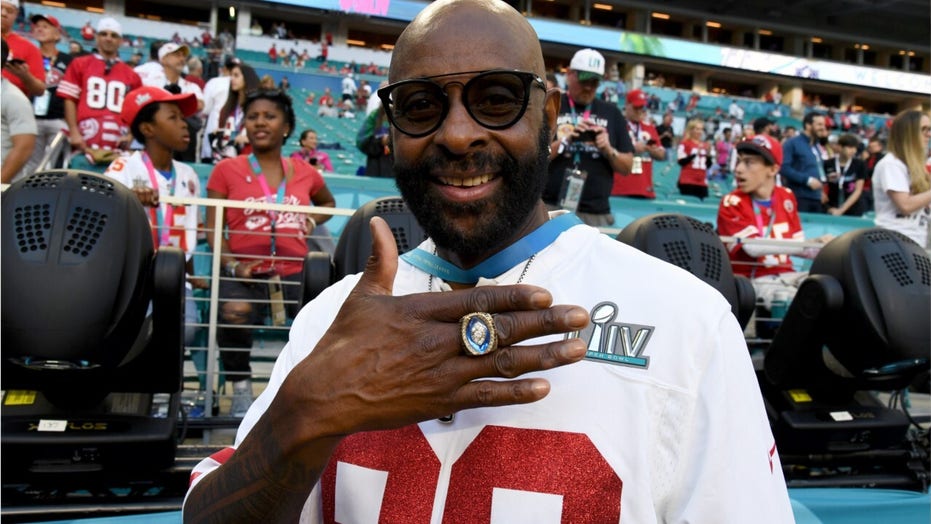 Former San Francisco 49ers’ player, Jerry Rice, appeared on the 'Joe Lo and Dibs' radio show to criticize the Super Bowl LIV referees on calls they made during the big game.

Jerry Rice, the San Francisco 49ers legend, criticized the referees at the Super Bowl on Wednesday over critical calls following his old team's 31-20 loss against the Kansas City Chiefs.

The Hall of Famer appeared on the 95.7 The Game's "Joe Lo and Dibs" show, which covers sports in the Bay Area.

"We had some bad calls too against us," Rice said. "The one right with [George] Kittle right before halftime. I'm like, 'Are you serious? Come on!' I understand if you really extend your arm but let the players play."

The offensive pass interference call on Kittle erased a 42-yard gain which would have set the team up in field goal range before the end of the first half.

The all-time leader in receiving yards in NFL history also went after a couple of calls in the fourth quarter, including a pass interference call against 49ers safety Tarvarius Moore -- who was covering Chiefs tight end Travis Kelce.

He then felt Chiefs running back Damien Williams stepped out of bounds before breaking the plane of the goal line during the Chiefs go-ahead touchdown with roughly three minutes left in the game.

"Then the one with, I think, Kelce, that interference," Rice said, according to the report. "Then the one that, I guess, was a touchdown with the guy [Damien Williams]. I felt he stepped out of bounds before he stuck the ball over the pylon. You can't make excuses or anything like that. We had a chance. We lost the game probably in the last five minutes. We were right in the ball game."

The NFL said there was "no clear and obvious evidence to overturn" the call.

"It was devastating for me," Rice added, according to SFGate. "It's something that I can't get over right now. It's going to take a while, and I'm hoping it's the same way for the players."

Rice played for 20 seasons in the NFL and still holds the record for most receptions [1,549] receiving yards [22,895] and touchdowns [208] in NFL history. He was inducted into the Pro Football Hall of Fame in 2010. The 49ers have yet to win a Super Bowl without Jerry Rice or Joe Montana.