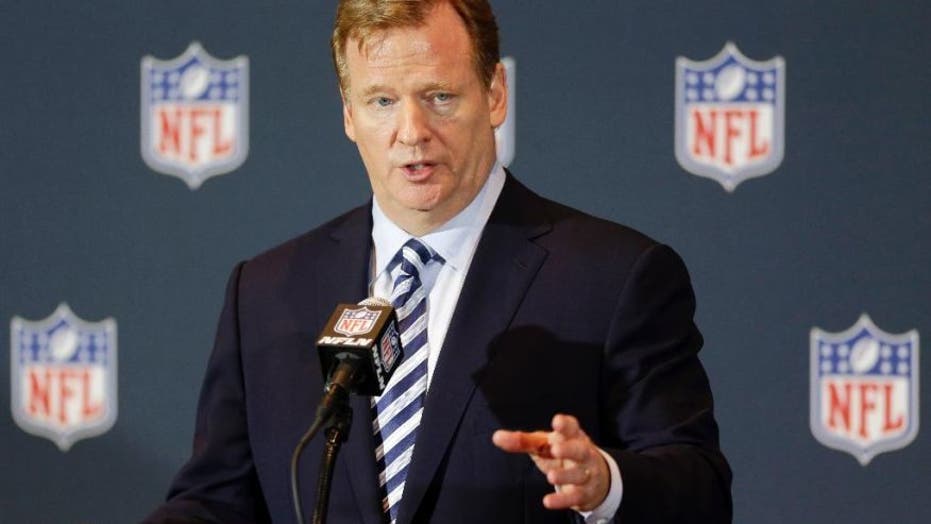 NFL commissioner Roger Goodell was "relieved" that the NFL Draft's virtual experience went off without a hitch.

Goodell told the NFL Network he'd be able to sleep a little bit knowing the first round went smoothly.

"It definitely was full steam ahead,” he said. “But you always have your hesitations, your concerns. I know how important this is to the clubs. If we had come out of this where they didn’t have time to make trades or if something operationally went wrong … but we heard zero of that. People were making a big deal of that, making a big deal of, is it really the right time to do this kind of event.

“People were looking forward to it; it went way beyond interest in football. It struck a chord with people. I think, I hope, it sounds like we struck the right tone of recognizing health care workers and first responders while keeping the focus on football."

Additionally, Goodell said on an appearance on “CBS This Morning” he hoped that the solid virtual draft experiences could serve as a foreshadowing for the upcoming season.

"We know that we're dealing with a different environment. And obviously, public safety will be number one on our mind, but we believe that we've been able to make modifications, the draft was a great example,” he said. “I think, you know, right now our job is to be prepared for the season. That means keeping our football schedule as best we can — obviously with modifications to make sure we're doing it safely.”

Goodell said he expects a schedule to be released in the next two to three weeks but that “we’re planning on playing this fall.”

He would not say if fans would be able to attend games but noted that the league intends to make the proper “modifications to make sure we’re doing it [beginning the season] safely.”