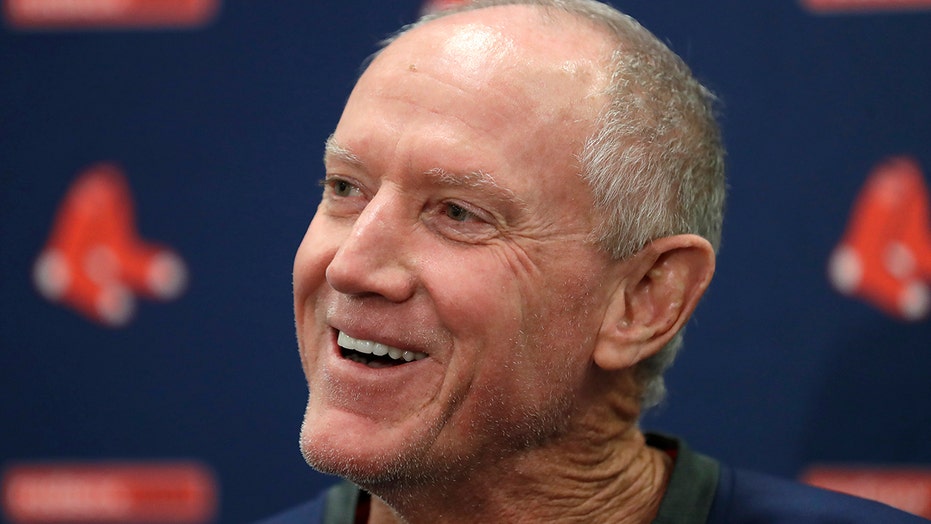 Ron Roenicke waited five years after his previous managerial job for another opportunity.

When it finally came, it wasn't much of an opportunity at all.

The Red Sox told Roenicke before the final game of the season on Sunday that he will not be back in 2021, ending his tenure as a one-year, shotgun stopgap for a pandemic-shortened season with a last-place finish in the AL East.

Hurriedly hired on the eve of spring training after Alex Cora was caught cheating during his time in Houston, Roenicke took over a roster that would soon shed 2018 AL MVP Mookie Betts and 2012 AL Cy Young winner David Price, who were traded to the Los Angeles Dodgers. Ace Chris Sale (Tommy John surgery) and Eduardo Rodriguez (COVID-19) never threw a pitch for the team this year.

“It’s hard to answer whether I think it’s fair or not. It’s baseball,” Roenicke said after the Red Sox beat Atlanta 9-1 to wind up 24-36. “In the end I’m just not the guy that they want to move forward with. Pridefully it hurts, because I know what I’m doing. I think I got the best out of the players.”

Chief Baseball Officer Chaim Bloom met with Roenicke in Atlanta on Sunday morning to give him the news. The Red Sox went on to win the finale; afterward, the team said their goodbyes in the visitor's clubhouse.

“That was a little tough," Roenicke said, "a little emotional.”

Bloom praised Roenicke, who also spent five years managing in Milwaukee, for navigating the coronavirus shutdown and for holding the team together when racial protests interrupted the season. Asked whether Roenicke was in a a no-win situation, Bloom said, “I think that’s a fair assessment.”

“He did a tremendous job under really challenging and basically unprecedented circumstances," Bloom said.

Sure to get attention as a possible successor: Cora, who led the Red Sox to a World Series championship in 2018, his first season as a major league manager. The team split with him less than a month before spring training after he was identified as the ringleader in the Houston sign-stealing scandal; Cora’s one-year suspension for that scandal ends after the World Series.

With Cora gone, the Red Sox promoted Roenicke from bench coach to interim manager. They removed the temporary tag in April, during the coronavirus shutdown, when Roenicke was cleared in the commissioner’s investigation into sign-stealing by the Red Sox during their championship season.

He was not given an extension on the one year he had remaining on the contract he had signed as a bench coach -- fueling speculation that Cora could be welcomed back after serving his penalty.

“I thought Ron deserved to be evaluated without anyone looking over his shoulder,” Bloom said, declining to comment further because “I don’t want to say anything about Alex that I haven’t said to Alex.”

Roenicke, 64, managed the Brewers from 2010-15, winning 96 games and the NL Central title in his first season and finishing as runner-up for NL manager of the year. In all, he led Milwaukee to a 342-331 record in five seasons.

The Red Sox spent much of the shortened season in last place in the division, and finished there on Sunday when the Orioles won their finale to end up one game ahead. Bloom said he wanted to break the news to Roenicke before the end of the season, so he could say his goodbyes in person.

“If Ron wanted the chance to look his players in the eye before we part ways ... I didn’t want to take that from him,” Bloom said.

Shortstop Xander Bogaerts told Roenicke before the game he would hit a home run for him, and he did.

“I feel like he was just the perfect guy for the situation with this tough year," he said. “It was tough coming to the ballpark, especially losing a lot. He just found a good way to communicate with us and try to make us feel good and important to come to the ballpark everyday and make sure to play. He’s definitely someone we will miss. It was a tough day.”

An infielder on Boston’s 2007 champions, Cora was mentioned 11 times in Commissioner Rob Manfred’s decision on the Astros, which said Cora developed the cheating system. Cora left Houston to become Boston’s manager after the 2017 season and led the Red Sox to a franchise-record 108 regular-season wins and the World Series title.

Roenicke said he didn’t feel like he was holding a seat for Cora.