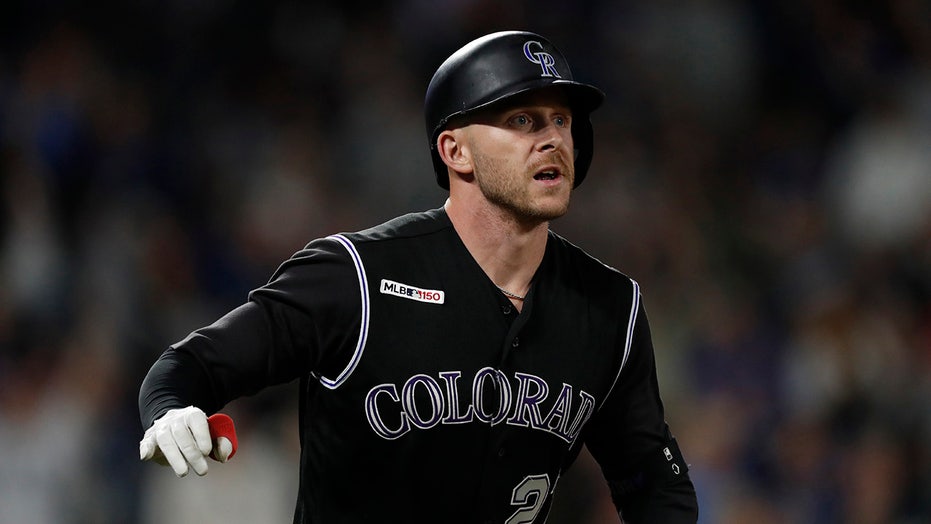 All-Star shortstop Trevor Story and the Colorado Rockies have agreed to a $27.5 million, two-year contract that avoids an arbitration hearing, according to a person familiar with the deal.

The person spoke to The Associated Press on condition of anonymity Friday night because the agreement was pending a physical and had not been announced.

Story can become a free agent following the 2021 World Series. When players and teams exchanged proposed 2020 salaries in salary arbitration two weeks ago, he asked for $11.5 million and Colorado offered him $10.75 million.

A slick fielder and power hitter, the 27-year-old Story had 35 home runs and 23 stolen bases last season — making him the second shortstop in major league history with multiple 30-20 seasons. Alex Rodriguez is the other.

A first-round draft pick in 2011, Story is a career .276 hitter since making his debut in April 2016. He is coming off his fourth consecutive season with at least 20 homers. He's the first shortstop in big league history to begin his career with four straight 20-homer seasons.

The Rockies are poised to have both stars on the left side of their infield locked up for the next two seasons — at least it appears that way.

Nolan Arenado, a five-time All-Star and seven-time Gold Glove winner at third base, recently said he felt a level of "disrespect" from the Rockies' front office in the wake of trade rumors and the team not being active in player acquisition this winter. Arenado hit a career-high .315 with 41 home runs, 118 RBIs and a .962 OPS last season.

The slugger agreed to a $260 million, eight-year contract with the Rockies last February. But he can opt out of the deal after the 2021 season and become a free agent.

The Rockies are coming off a dreary 71-91 campaign after making the playoffs two years in a row. They've been quiet all offseason — well, except for the constant speculation that Arenado could be shipped out.

One of the moves the team made was locking up right-handed reliever Scott Oberg, who was eligible for arbitration before reaching a $13 million, three-year deal with the Rockies last month.

Colorado catcher Tony Wolters could be headed toward an arbitration hearing next month after requesting a raise from $960,000 to $2,475,000. The Rockies offered $1.9 million.