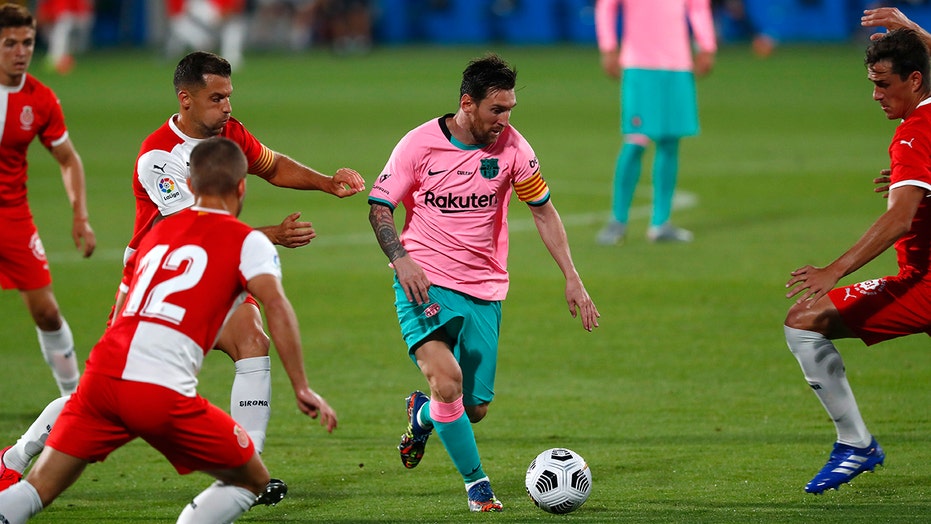 Lionel Messi will be there when Barcelona starts its season on Sunday, just as he has been for the last two decades.

His every move, however, will be scrutinized like never before.

Will Messi still give his best? Will he still be motivated? Will the transfer saga affect him?

Some of those questions may start being answered on Sunday when Barcelona opens its Spanish league season against Villarreal at the Camp Nou. It will be the club's league debut after the first two matches were postponed because of its participation in the Champions League late last season.

The team’s last official match was the embarrassing 8-2 loss to Bayern Munich in the Champions League quarterfinals in August, one of the worst defeats in the club’s history and in Messi’s career. The result thrust Barcelona into one of its worst crises ever, and led Messi to make public his desire to leave.

The Argentina great eventually backtracked after Barcelona denied his request to leave for free. He said he didn’t want to get into a legal dispute with the “club of his life.” But Messi made it more than clear that he would have rather left, and openly criticized club president Josep Bartomeu for not keeping his promise to let him go.

Still, Messi said he would give his best despite having wanted to leave, and there were no signs of any letdown in the preparation matches in which he played ahead of what should be his final season with the club.

“For a moment I thought he wouldn’t stay with us,” Barcelona teammate Sergi Roberto said. “He’s our captain, the best player this club has ever had and the best player in the history of soccer. I couldn’t imagine Barça without Leo. It’s normal that he may have wanted a different experience, but he has given it all for this club throughout the years. He has been motivated since he came to the first team. He is very professional.”

Messi stayed but Barcelona will have a new coach as part of the profound changes announced by the club following the loss to Bayern. Ronald Koeman arrived to replace Quique Setién, and it didn’t take long before the Dutch coach said he wanted to revamp the squad. Barcelona will start the season without some of its key players from recent years, including Ivan Rakitic, who rejoined Sevilla, and Luis Suárez, who joined rival Atlético Madrid.

Also new for Barcelona is the fact that it will be coming off a trophy-less season for the first time since 2007-08. The team finished five points behind Real Madrid in the league last season despite having the lead when the competition was interrupted by the coronavirus pandemic with 11 matches remaining.

Defending champion Real Madrid has a difficult second match on Saturday against Real Betis, which has won two in a row to start the season under veteran Chilean coach Manuel Pellegrini, a former Madrid coach.

Madrid struggled in attack in its opening 0-0 draw at Real Sociedad last Sunday, when Eden Hazard still wasn’t available. It remains unlikely that Hazard will be fit to face Betis at the Benito Villamarín Stadium.

Atlético will make its Spanish league debut on Sunday against Granada at the Wanda Metropolitano Stadium, but it's unclear if Suárez will be ready to play after joining from Barcelona.

Diego Costa was set to be in the attack after Álvaro Morata joined Juventus to open space for Suárez.

Like Atlético and Barcelona, Sevilla also had its first two matches postponed because of European competition after winning the Europa League in August. And it's opener on Sunday at promoted Cádiz will come only three days after it plays Bayern Munich in the the Super Cup.