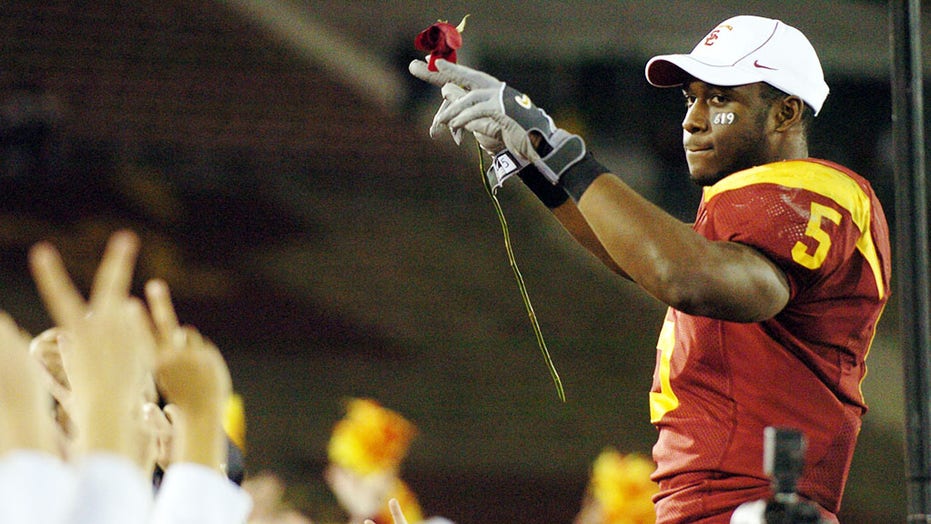 USC officially ended its dissociation with Reggie Bush on Wednesday after a 10-year ban.

The disassociation started in June 2010 as part of sanctions that included a two-year postseason ban, a loss of 14 wins and 30 scholarships, according to ESPN. USC received the penalty after it was determined Bush received improper benefits while playing for the Trojans.

LSU'S ED ORGERON SIGNING UP HIS PLAYERS TO VOTE: 'THE GUYS WANTED TO TAKE ACTION'

“When I was hired to represent the Trojan Family as the Director of Athletics, I committed to listening and learning before leading. Throughout this process, one of the consistent themes that emerged from my discussions was how much Reggie Bush means to our former players, USC alumni, and fans everywhere,” athletic director Mike Bohn said in a statement.

“I've enjoyed getting to know Reggie and so many of his teammates, and I'm pleased his disassociation has ended so that we can welcome him back to our family. I'm confident that Reggie will use his incredible platform and influential voice to support and empower all of our student-athletes.”

Bush said in a separate statement: “I've dreamed of this day for 10-plus years, and I'm excited to come home!”

The running back was forced to give up his Heisman Trophy as part of the NCAA ruling, which determined that as a student-athlete, he and his family received cash, travel expenses and a home near San Diego.

Bush was barred from campus but was allowed to return as part of his role as a FOX Sports analyst when the Trojans played at the Los Angeles Memorial Coliseum last year.