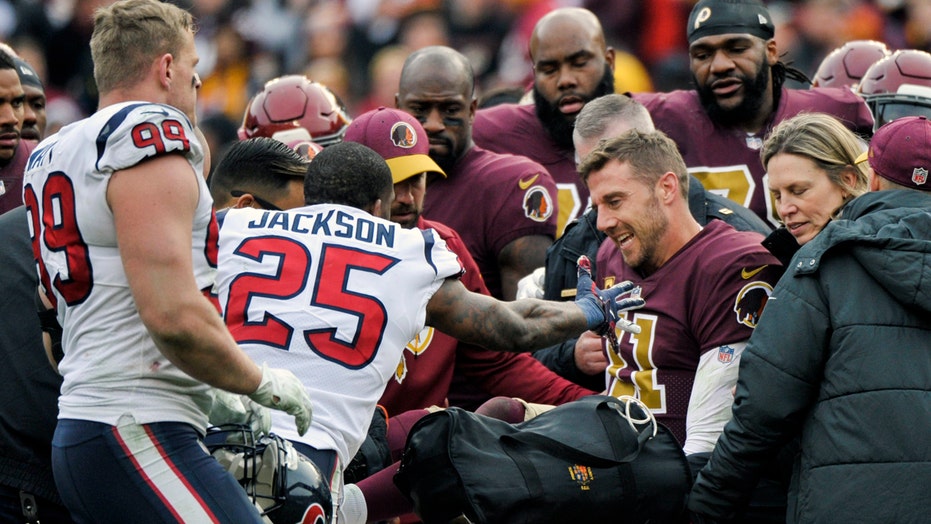 Washington Redskins quarterback Alex Smith was spotted on the practice field this week and it was revealed Wednesday exactly what it took to even get to sniff the green pastures of the gridiron.

Smith suffered a broken tibia and fibula in a game last season against the Houston Texans. While it does take a long time for anyone to recover from such an injury, Smith battled an infection after the operation and doctors reportedly considered amputating his leg at one point.

Smith, who appeared at a medicine event earlier this month, revealed that he needed 17 surgeries on his leg, The Washington Times reported, citing a person who attended the Virginia event.

“We were pleased to welcome Alex Smith to the dedication of the Inova Sports Medicine flagship location and appreciate him sharing his heartfelt gratitude to the talented team of Inova physicians and clinicians who have cared for him since his injury,” an official with the event told the newspaper in a statement.

Smith, 35, still plans on playing football again. He signed a four-year contract with the Redskins in 2018 and had the team vying for the playoffs before he went down with the injury.

Washington has one win this season and it came Sunday against the Miami Dolphins. The team currently has Case Keenum, Dwayne Haskins and Colt McCoy on its quarterback roster.