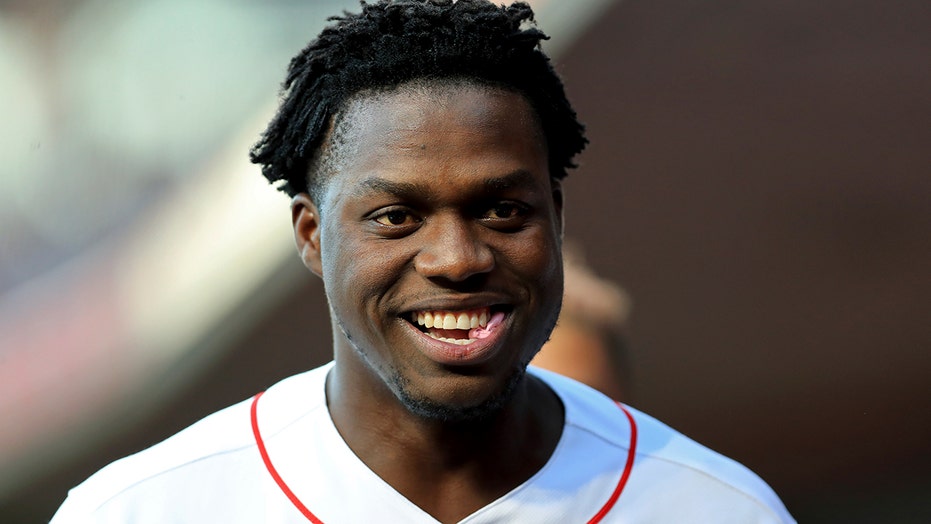 Cincinnati Reds rookie slugger Aristides Aquino on Monday set a major-league record for the most home runs through the first 12 career games.

Aquino, 25, hit his eighth home run of the season in a game against the Washington Nationals. The home run came in the eighth inning with Cincinnati down five runs.

“A lot of us say we’ve never seen anything like it and that would explain it. It’s never happened before,” Reds manager David Bell told reporters, according to MLB.com. “The great thing is with the success, just the way he’s handling it, just his maturity level, he’s handled it with a lot of poise. We believe in him. We believe he’s going to keep going.”

Bell added: “We’re going to need him, too. It’s been fun to watch for everyone. It’s exciting when a young player from your own system comes up like that and is able to contribute.”

ON DECK: 2020 BASEBALL GETS EARLY JUMP WITH MARCH 26 OPENERS

Aquino has been fun to watch even as the Reds have struggled in their pursuit to stay in contention for a National League wildcard spot.

Aquino played in one game last season but did not get a hit in the lone plate appearance. In 11 games this season, he has had a complete turnaround. He has hit eight home runs and recorded a 1.143 OPS.

“I think the timing has been perfect,” Aquino said of his success. “God has a plan, and I just want to go out there and do the best I can do.”

Even with the record stat, the Reds lost the game to the Nationals, 7-6.