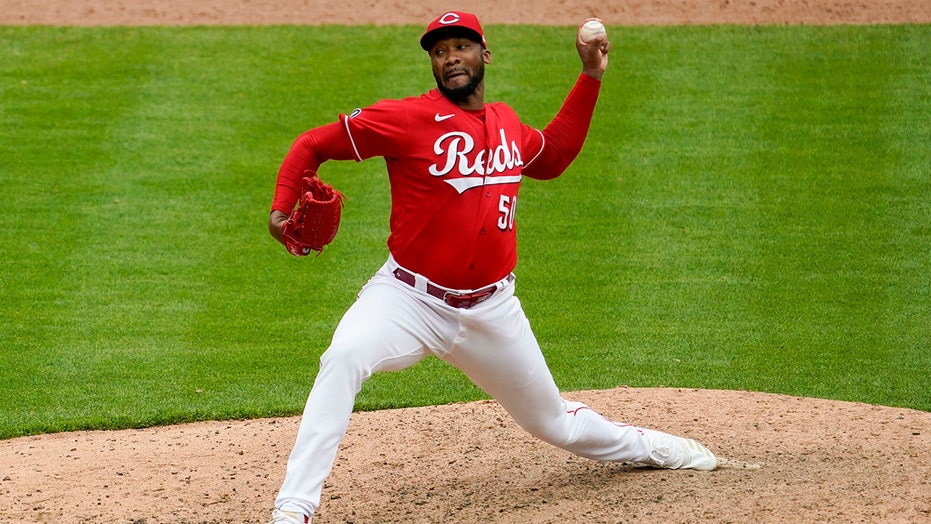 Cincinnati Reds reliever Amir Garrett was suspended for seven games by Major League Baseball on Tuesday for his role in a benches-clearing incident last weekend.

Garrett was penalized for inciting the events in the top of the eighth inning on Saturday against the Chicago Cubs.

Garrett appealed the discipline, which included a fine. No suspension will be served until the appeals process is complete.

A right-hander who turned 29 on Monday, Garrett struck out Anthony Rizzo with one out in the eighth with the Reds trailing by a run and celebrated by punching himself in the chest several times.

Garrett appeared to yell something in Rizzo’s direction, and Chicago's Javier Báez yelled at Garrett from the dugout. Garrett took a few steps in that direction, prompting both benches and bullpens to empty.

"I really don’t know what happened with their team," Reds manager David Bell said after the game, which the Cubs won 3-2. "This is an emotional game and Amir has been struggling. I know Amir was talking to himself. He was emotional. I think they misinterpreted it. That’s what I saw. It is very difficult to stay good in this game. I know we try our best to not be concerned with how the other team reacts."

No punches were thrown and there were no ejections.

"I think Garrett’s an emotional guy," Cubs manager David Ross said Saturday. "He hasn’t had the greatest start to the season. He struck out Anthony and was screaming and raging. That’s his character. He’s trying to fire himself up, because he’s not throwing that well right now."