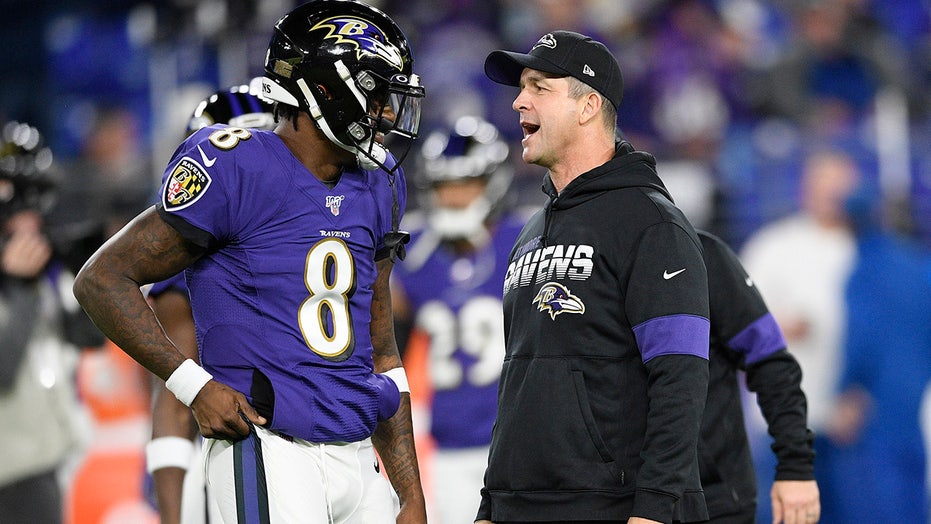 The top-seeded Baltimore Ravens were stunned Saturday night, losing to the Tennessee Titans at home and only scoring 12 points after boasting one of the league's most potent offenses all season.

Ravens coach John Harbaugh and perennial MVP candidate Lamar Jackson tried to come up with reasons why the team was overwhelmed, losing 28-12.

The 12- point tally was the Raven's most anemic output – the second-lowest score was the 20 points notched in a win against the San Francisco 49ers.

Harbaugh told reporters after the game that the main factors were how the offensive and defensive lines matched up against each other, according to the Baltimore Sun. He said the Titans beat them in the trenches but was trying to take more of a positive approach to how the 14-3 season ended.

Jackson was 31-for-59 in the game with 365 passing yards, 143 rushing yards, a touchdown pass, two interceptions and a lost fumble.

“We just beat ourselves. I had a lot of mistakes on my behalf,” Jackson said after the game. “Three turnovers. That shouldn’t happen.”

Jackson moves to 0-2 in the playoffs after getting bounced out in the first round last season.

“I know how he's going to respond,” Harbaugh said. “He's going to respond by being extremely motivated and determined to improve as a football player. The strides he made between last year and this year are pretty indicative of that.”