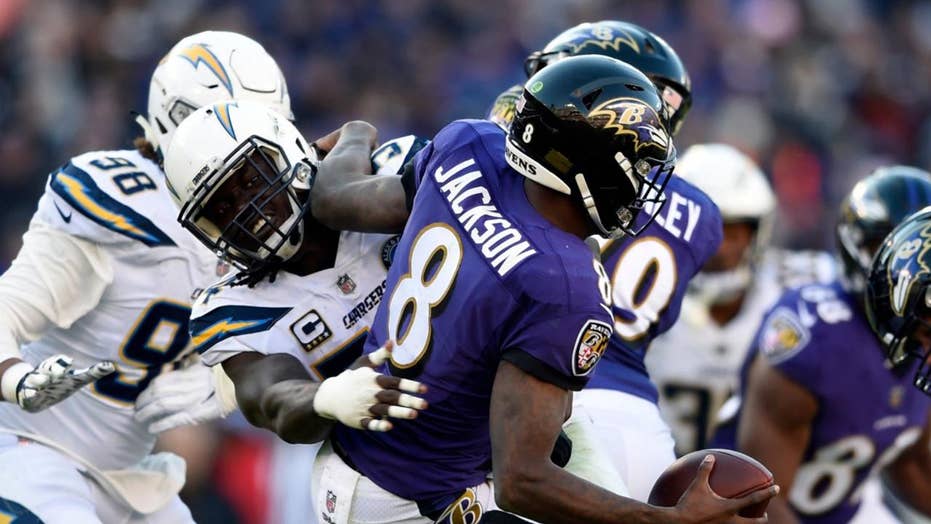 With the Baltimore Ravens and Los Angeles Chargers locked in a tight contest on the field Sunday, fans from each team were engaged in a brutal fight in the stands at M&T Bank Stadium -- leading to a horrifying, multi-row fall that was caught on video.

A man in a Ravens jersey was seen on video apparently punching another man in Chargers gear, according to CBS Baltimore. One fan falls a few rows down during the fight.

Police arrived quickly to break up the altercation. It wasn’t immediately clear if arrests were made.

The Chargers ended up defeating the Ravens, 23-17. Los Angeles will now play at the defending AFC-champion New England Patriots on Sunday.