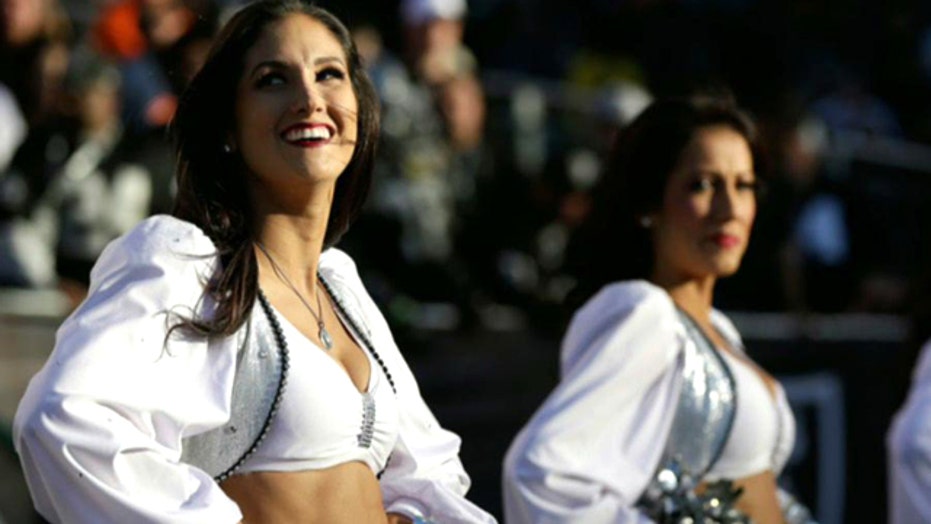 Does Raiderette have a case? Geraldo Rivera weighs in

An Oakland Raiders cheerleader says in a lawsuit that the team fails to pay its cheerleaders minimum wage, disregards their travel costs and even fines them from bringing the wrong pompoms to practice, The San Francisco Chronicle reported.

"I love being a Raiderette," Lacy T., a stay-at-home mom and cheerleader said in a statement Wednesday. "But someone has to stand up for all of the women of the NFL who work so hard for the fans and the teams."

Lacy T., 27, whose full name was not released due to security concerns, filed the suit in Alameda County Superior Court as a proposed class-action suit, the report said. She hopes cheerleaders around the league join the fight.

The report said the Raiderettes contract is $1,250 per season, or about $125 each time the team plays at home. But Lacy T. says the figure does not include the amount of practice time, 10 charity events and posing for the team’s swimsuit photo shoot, the suit alleges. The suit also claims that Raiderettes are fined $10 or more for failing to bring the right pompoms or a yoga mat to practice.

Raiders officials would not comment on the suit, the report said.