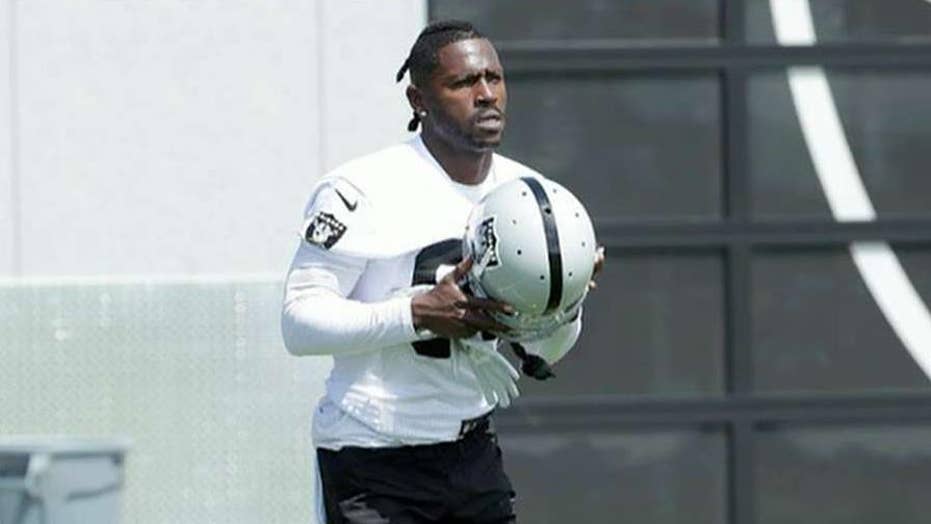 Oakland Raiders star Antonio Brown lost his grievance with the NFL in his battle to use a helmet that is no longer certified for practices or games.

An arbitrator made the ruling on Monday after holding a hearing with Brown, league representatives and the players’ union. Brown reportedly threatened to stop playing if he wasn’t allowed to use his old helmet.

“While I disagree with the arbitrator's decision, I'm working on getting back to full health and looking forward to rejoining my teammates on the field,” Brown said in a tweet. “I'm excited about this season [and] appreciate all the concerns about my feet.”

“The player can’t practice or play in games with equipment that’s not approved,” he tweeted. “If he doesn’t play or practice he is in breach of his contract and doesn’t get paid. Nfl policy is that Helmets have to be certified by NOSCAE. They don’t certify equipment that’s old than 10 years."

Brown’s Schutt Air Advantage helmet is no longer allowed because the NFL follows the National Athletic Equipment Reconditioners Association policy, according to which helmets 10 years or older cannot be recertified. Schutt discontinued making the helmet three years ago because of the updated technology.

Brown has not practiced because of foot issues. He reportedly suffered frostbite after a mishap at a cryotherapy chamber.