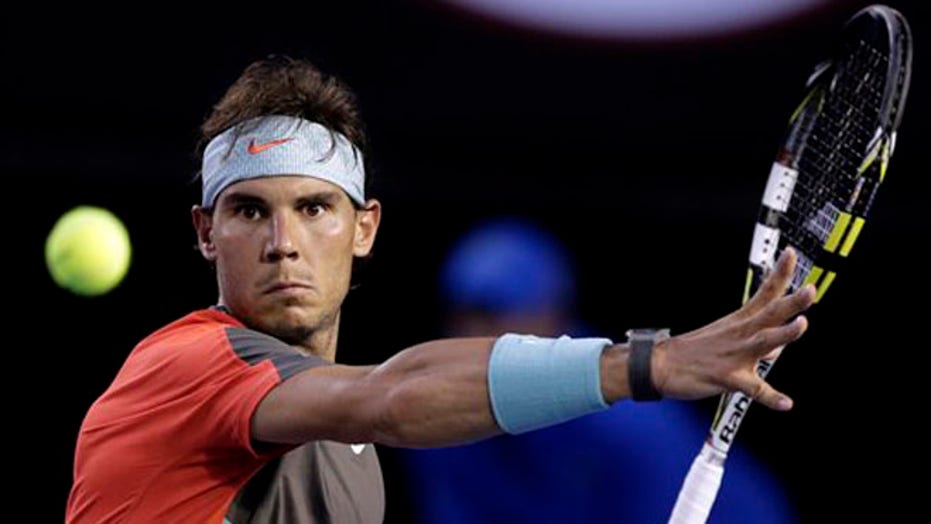 The Australian Open has shaken up the ATP rankings, giving Nadal, who lost in the final, a tighter hold on the No. 1 ranking.

PARIS (AP) – Paris Masters organizers say third-ranked Rafael Nadal has pulled out of the tournament next week for "personal reasons."

The organizers did not elaborate.

Nadal was playing in the quarterfinals of the Swiss Indoors in Basel on Friday, his third tournament since Wimbledon, when a wrist injury curtailed his schedule.

The Spaniard also needed treatment for appendicitis this month in Shanghai.

The three will be replaced by Pablo Andujar of Spain, Jerzy Janowicz of Poland and Vasek Pospisil of Canada.