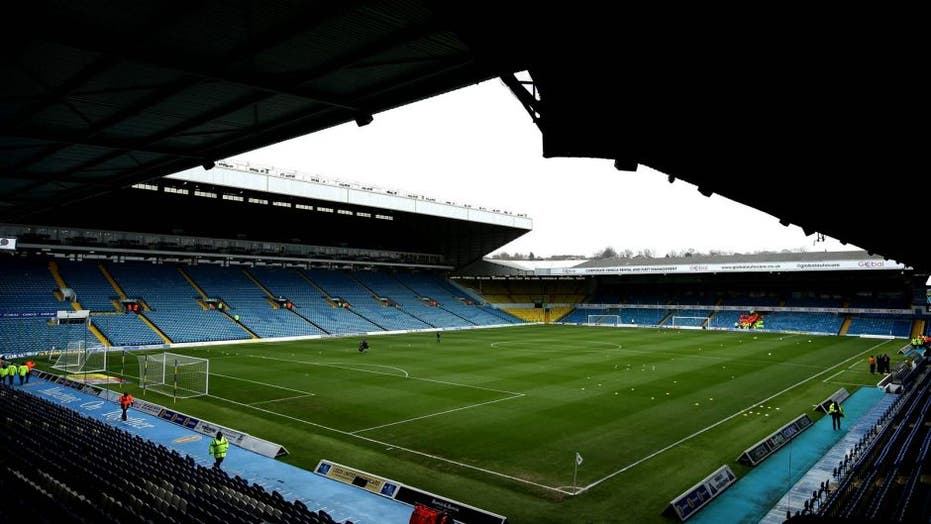 Andrea Radrizzani is trying to redefine what “Doing a Leeds” means.

The club that became a byword for financial mismanagement and boardroom turmoil has forged a new path under Radrizzani’s ownership that — combined with Marcelo Bielsa’s coaching acumen — has taken Leeds United back into the Premier League after 16 years.

Ahead of Saturday's opener against a Liverpool side that won the Premier League by 18 points, Radrizzani outlined in an interview why the newfound stability won't be risked with a return to the reckless spending that threatened the club's existence.

“For sure we can invest more,” Radrizzani told The Associated Press. “But I think we need to be sensitive how to go because it’s not always guaranteed that money brings results."

Leeds supporters know that all too well. After playing in the 2001 Champions League semifinals, Leeds plummeted into England's third division in 2007 while forced into administration, a form of bankruptcy protection.

Just avoiding instant relegation is this season's aim for the 1992 English champions.

“I hope we can stay in the Premier League for two years,” Radrizzani said. “After that first cycle of two years, I think we will be ready to step up and close the gap with the bigger teams. Obviously, my objective, if I look at a period of three, five years, is to be just behind the top six.”

That would mean a return to European competitions will have to wait.

Leicester, though, won the Premier League in 2016 to earn a Champions League spot, just two years after returning to the top flight. And Wolverhampton qualified for the Europa League in 2019 in its first season back in the top division.

“It’s impossible,” Radrizzani said. “It would be wrong to do it because there is no foundation to do that. So obviously, there are teams that have done an unbelievable story like Leicester, but Leicester is an example also of stability and sustainability over time.

“But I think we need to be realistic about what our possibilities are now, and our objective is to stay in the Premier League.”

Leeds has broken a club transfer record that stood for 20 years to try to achieve that.

Rodrigo, a 29-year-old Spain forward, was signed from Valencia for 30 million pounds ($40 million). The fee eclipsed the 18 million pounds spent on defender Rio Ferdinand in 2000 during the heavy spending that contributed to the club’s financial meltdown after imprudently gambling on being able to consistently qualify for the Champions League.

While sanctioning around 60 million pounds in fees during this summer transfer window, Radrizzani assessed how other clubs spent after being promoted to the world’s richest league.

Aston Villa was England’s second biggest spender last year but the outlay of 145 million pounds on 12 players did not prevent an anxious end to the season as the club narrowly avoided relegation.

“You have seen last season Aston Villa invested ... and didn’t get relegated in the last game,” Radrizzani said. “So good for them, but they were very close. And on the other side, Sheffield United invest less and was (ninth). So, football is not just about money, it’s about the project ... and the style to play, the cohesion of the players, the motivation, the mental approach to the game.”

That is where Bielsa comes in. While advised by Radrizzani to “relax because he brings a lot of stress,” the chairman knows how important the Argentine’s coaching genius has been to the team's revival.

Bielsa is part of the decision-making process when it comes to signing players along with director of football Victor Orta, chief executive Angus Kinnear and Radrizzani. The incoming players must be “humble to learn," Radrizzani explained.

“We work at the moment to select players that fit with our system and they fit with the demanding process that Marcelo Bielsa has in place,” he said. “We chose a lot of hard workers (with) commitment and discipline, respect. So we identify players that match with this characteristic. We need to be very careful."

Radrizzani, who made hundreds of millions of dollars from the 2016 sale of sports media rights firm MP & Silva, bought Leeds three years ago through investment company Aser from the erratic Massimo Cellino.

“Leeds before me was a transition club where you come to make your CV and you go play and look for success somewhere else,” Radrizzani said. “Now it’s a destination, it’s a club where the player wants to come and stay because Leeds United is a big club.”

It has a big fan base, but none will be allowed into the 38,000-capacity Elland Road stadium for the opening weeks of the season due to the pandemic.

"There are countries where I have a good, really strong relationship in the football industry and where I could make sense to have maybe the ownership of a club and be in synergy with Leeds,” the Italian businessman said. “We are in a phase of ... evaluating opportunity, particularly Italy, Spain and Portugal. And I have this vision to have maybe a network of two, three clubs and Leeds on the top of these in Premier League, where the other clubs can create synergy and develop players that can benefit also Leeds."

Radrizzani sold 10% of Leeds in 2018 to the 49ers Enterprises affiliate of the San Francisco NFL team and has held talks with the Qatari owners of Paris Saint-Germain about potentially investing. While maintaining there are no active “concrete conversations” about selling a stake, Radrizzani remains open to doing so.

And one day, just like two decades ago, Radrizzani hopes to see Leeds in the Champions League — just without risking the business.

“We need to keep that objective and motivation in our mind, to work hard to be where we were 20 years ago,” he said. “But also at the same time knowing that the world has changed and we need to work in a different way.”