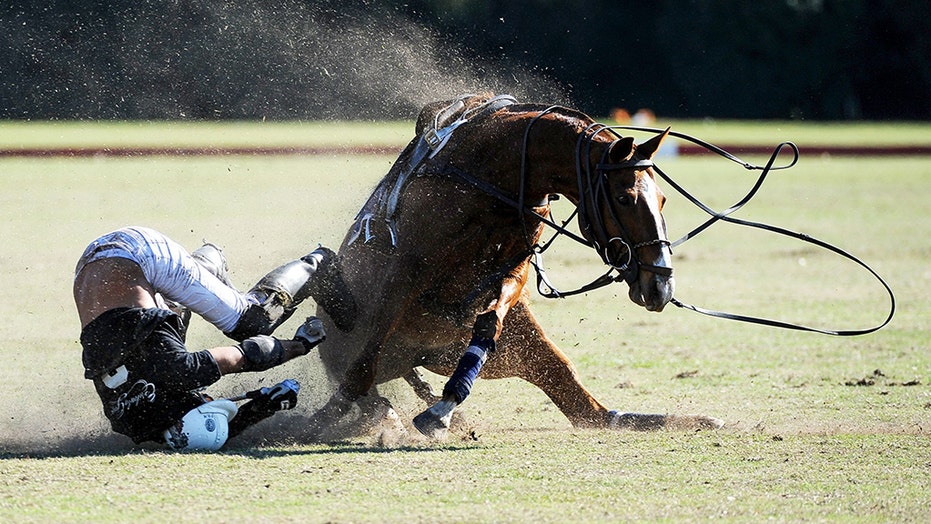 A polo player in Argentina suffered a horrific injury during a match Sunday and was airlifted to a hospital.

Federico Rooney was playing for Marcos Juarez during the Flag Open when he and his horse crashed to the ground, according to reports.

Federico Rooney was thrown from his horse during a match in Argentina on Sunday. (Fotosport/David Gibson/Shutterstock)

A witness told local media that the horse ran over Rooney when he fell off the animal.

“He did not move,” the witness said.

Rooney suffered a skull fracture and blood clots and was placed into a medically induced coma, TMZ Sports reported, citing local media. He was reportedly stable and expected to recover.

It wasn’t clear whether the horse was fine following the fall.

Pictures from the incident showed Rooney’s teammates and emergency personnel rushing over to the player and strapping him to a backboard.

The tournament was called off over Rooney’s injuries, ESPN Polo reported.