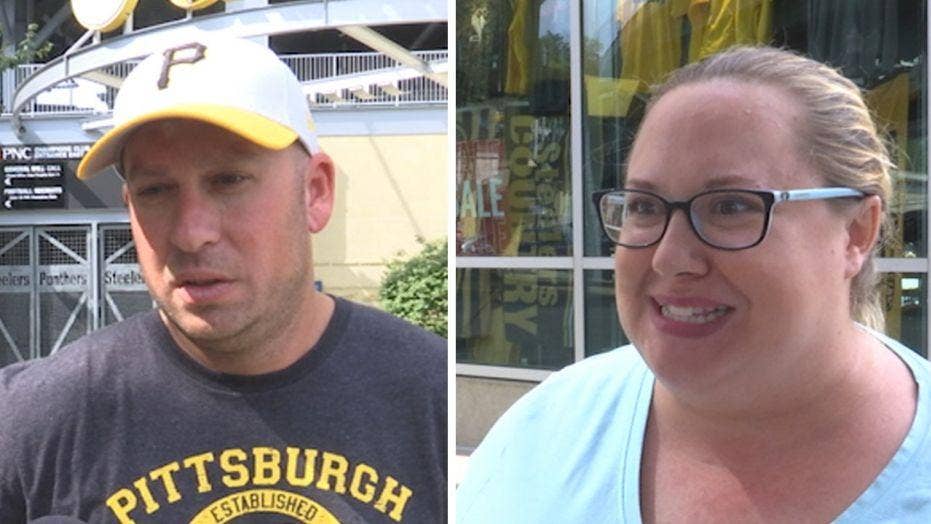 Fans of the Pittsburgh Steelers Monday sounded off on the team’s decision to remain off-field during the national anthem ahead of their game against the Chicago Bears Sunday.

Erin Wojnar said football shouldn’t get mixed in with debates off the field. “Maybe politics should just stay out of the game and just come do your job!” She added, “You have the game and then you have this political stance, and it’s like ‘Well what do you pick?,’ you know.”

Her husband, Paul Wojnar said: “I don’t really think that we should look negatively one way or the other. It’s just people kind of sharing their opinion.”

Others felt the team would face criticism for whatever approach they took at the game.

“Whatever they do is going to be scrutinized, whether you’re standing, sitting, kneeling,” said Adam Konick, a lifelong fan from Florida visiting the city.

Lineman Alejandro Villanueva was the only Steeler to stand publicly with his hand to his chest during the anthem.

“The players respect him and whatever he was going (to) do wasn’t going to hurt the feelings of any of the other players on the team … they all respect what he did for our country," Konick said.

"He has freedom of speech and they should be able to do whatever they want to do to express whatever their opinion is,” said Paul Wojnar.

All the fans who voiced their opinions said this past weekend’s actions won’t impact their support for the Steelers as the team moves forward the season.