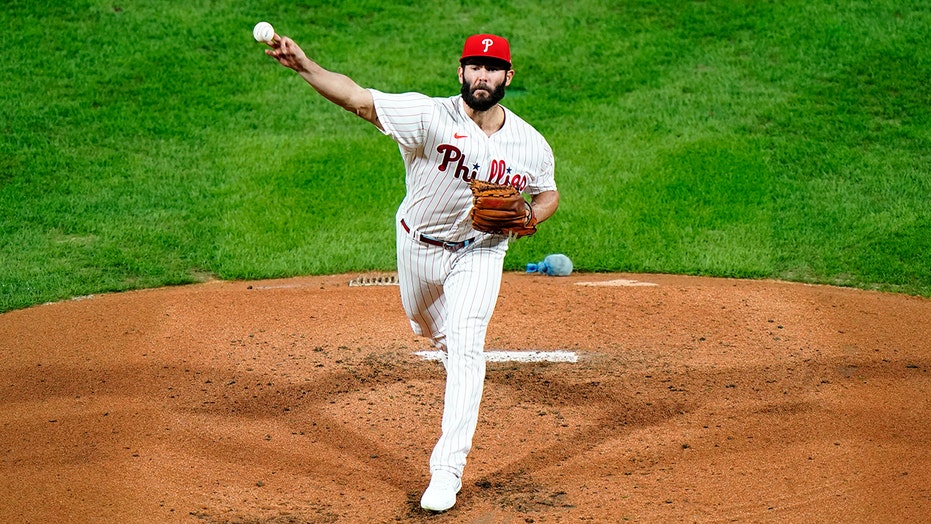 Phillies right-hander Jake Arrieta will not pitch again in the regular season because of a strained right hamstring.

Arrieta (4-4, 5.08 ERA) was injured against the Mets on Tuesday night. Manager Joe Girardi said on Thursday that Arrieta could return to the rotation if the Phillies make the playoffs.

The Phillies are chasing their first playoff berth since 2011. Arrieta walked off the mound of his last start, grabbing the back of his right leg, after hitting Andres Gimenez with a pitch to load the bases.

Arrieta said after the game “there’s no question in my mind” he would return for the playoffs. Now, he faces the prospect that he could have made the last start of his Phillies career. The 2015 NL Cy Young Award winner is in the final season of a $75 million, three-year contract.