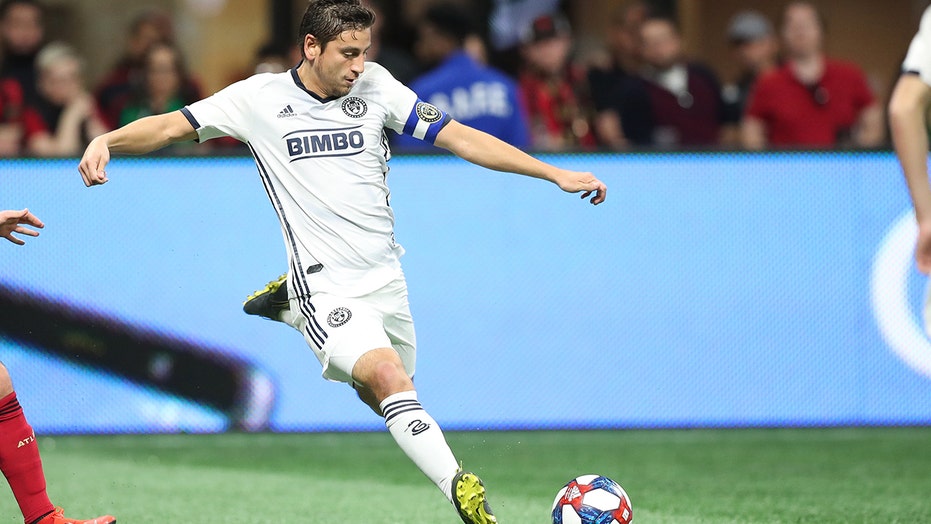 When Philadelphia Union midfielder Alejandro Bedoya scored in the third minute of the game against D.C. United on Sunday, he used an on-field microphone to make a statement about gun violence.

Bedoya was reacting to the mass shootings that occurred over the weekend in El Paso, Texas, and Dayton, Ohio, which left a combined 29 people dead.

Bedoya, who has also played for the U.S. National team, scored after the ball bounced to him off the post. It gave the Union an early 1-0 lead and the team didn’t look back from there.

Bedoya had also tweeted about the mass shootings prior to Sunday’s match in Washington. He addressed his statement with reporters after the game, according to the Philadelphia Inquirer.

US WOMEN’S SOCCER TEAM SCORES THEIR OWN SPECIAL WHEATIES BOX

“I’m not going to sit idly and watch this stuff and not say something,” he said. “Before I’m an athlete, before I’m a soccer player, I’m a human being first. Something’s got to be done. It’s gotten to the point where it’s, we’ve almost become numb to it. That’s a big problem.”

Bedoya said he was inspired to make the statement by friends who live in South Florida. Bedoya grew up in Weston, Florida, which is near Marjory Stoneman Douglas High School – the site of a mass shooting in February 2018.

He added that there needs to be something done, criticizing the way he said the government is being run.

“Politicians are politicians, you know -- they’re backed by lobbyists and by corporations,” he said. “There’s things that need to be done to change the way this government is being run...Why should any civilian be able to have a magazine that has 100 rounds and can shoot whatever number of rounds in less than a minute, you know?”

Union manager Jim Curtin back Bedoya’s statement, saying he and the team supported his comments on gun control.