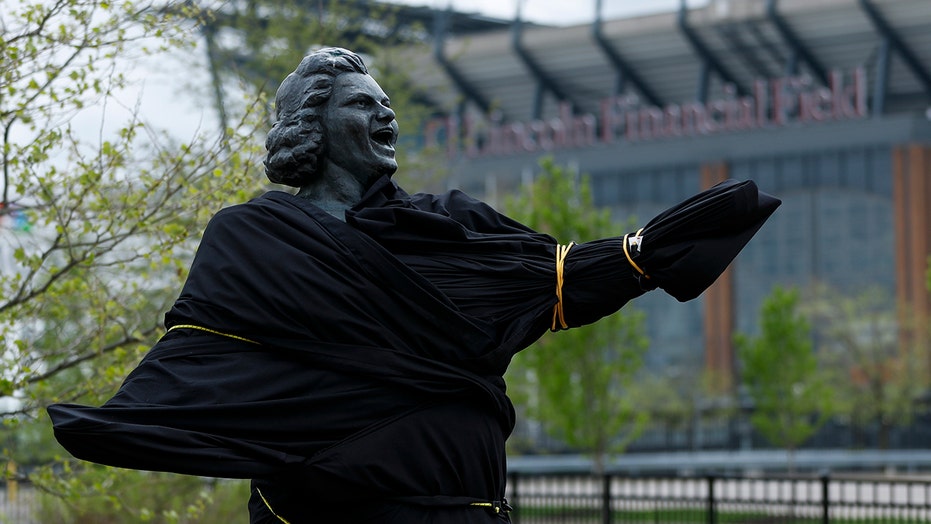 The Philadelphia Flyers on Sunday removed a statue of late singer Kate Smith that stood outside their arena for more than three decades, the move coming two days after the team covered the monument in response to complaints about two tunes the "God Bless America" singer performed in the 1930s.

The Flyers had covered the statue and suspended playing her famous rendition of the patriotic song Friday. The Flyers decision followed a similar one made recently by the New York Yankees, who for 18 years had played the recording during the seventh inning stretch. Smith's statue had stood near the Philadelphia sports complex since 1987.

“The NHL principle 'Hockey is for Everyone' is at the heart of everything the Flyers stand for,” team president Paul Holmgren said in a statement. “As a result, we cannot stand idle while material from another era gets in the way of who we are today.”

Smith, who died in 1986 at age 79, was long considered an American icon, in large part because of her association with "God Bless America," the 1918 Irving Berlin song she recorded in 1939. She received the Presidential Medal of Freedom in 1982.

The song was considered a satire of racism in its time, with civil rights activist Paul Robeson also having recorded a version.

Detractors also note Smith recorded a song called "Pickaninny Heaven" -- with "pickaninny" being a racial slur for a black child -- and point to Smith's likeness appearing in an ad for baking powder that featured a "mammy" character.

The Flyers had played Smith’s version of “God Bless America” before must-win games since 1969, the Philadelphia Inquirer reported, and its record in those games was a stellar 101-31-5. She performed her rendition in person before the team captured its Stanley Cup in 1974.

The Yankees pulled "God Bless America" earlier this season after being informed about the questionable Broadway song, the New York Post reported.