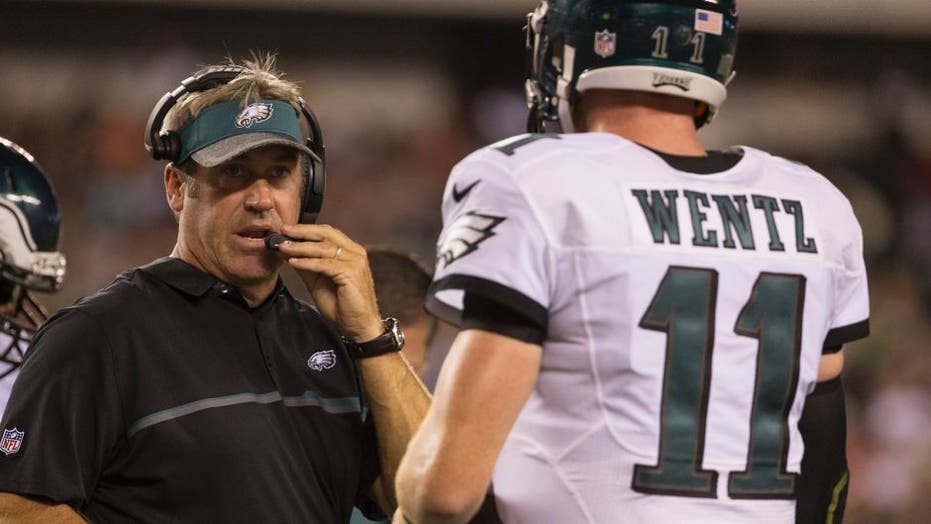 The Philadelphia Eagles finished 9-7 during the 2019 season.

The Eagles have eight picks going into the draft. The Eagles acquired two of those picks from other teams -- the New England Patriots and Atlanta Falcons.

Here are the Eagles’ draft picks.

First Round, No. 21 overall

Second Round, No. 53 overall

Here are some of the Eagles’ key free-agent acquisitions and departures.

Will Parks, S (signed from DEN)

Malcolm Jenkins, S (signed with NO)

Richard Rodgers, TE (signed with WAS)

Ronald Darby, CB (signed with WAS)