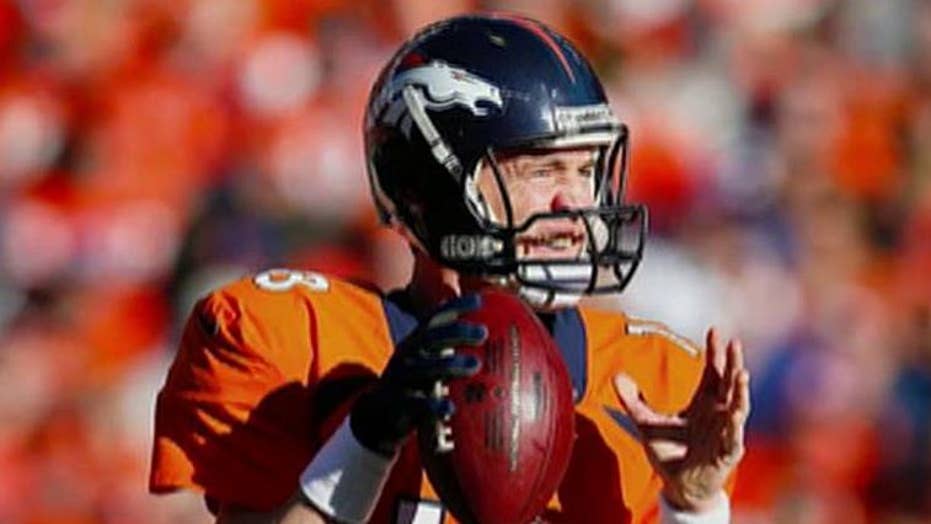 Denver Broncos quarterback Peyton Manning vehemently denied a report he used performance-enhancing substances, but he did admit visiting the anti-aging clinic cited in an Al Jazeera documentary making the allegations and a Manning spokesperson confirmed to NFL Network that Manning’s wife was a patient at the Indianapolis clinic.

Manning reportedly received shipments of Human Growth Hormone from the Guyer Institute that were sent to his wife, Ashley, in 2011, according to an Al Jazeera documentary set to air Sunday night. HGH was banned by the NFL in the 2011 collective bargaining agreement.

“Nothing has been sent to her, or my wife used that I have taken. Absolutely not,” Manning told an ESPN reporter Sunday morning. “My treatments I do. She may have hers and that is her business. There is no connection between the two.”

Manning spokesman Ari Fleischer told NFL Network’s Ian Rapoport that Ashley Manning had a prescription, but Fleischer wouldn’t say what it was for.

Manning said he visited the clinic during his recovery from a neck injury that required multiple surgeries, led him to miss the 2011 season and ultimately resulted in him being cut by the Colts. He said he visited the Guyer Institute with Colts trainers and doctors to use a hyperbaric trainer and “something called EECP.”

“Everything was under Colts’ authorization,” a fiery Manning said Sunday. “They knew about it. They went with me. Anything else this guy is insinuating – complete garbage.”

At the heart of the allegations is Charlie Sly, an Austin, Texas-based pharmacist who allegedly worked at the Guyer Institute in 2011. Sly named Manning and a slew of other high profile athletes as having received HGH from the clinic. Sly made the claims during an undercover interview with British hurdler Liam Collins.

“I don’t know this guy,” Manning said. “I never heard of this guy up until this report. Never met this guy.”

Manning has never tested positive for a performance-enhancing substance. But the NFL and players’ union didn’t agree on an HGH test until 2014. A positive test would trigger a four-game suspension.

Manning, who joined the Broncos in 2012, has been sidelined since Nov. 15 by a left foot injury. Brock Osweiler is slated to make his sixth consecutive start in Manning's place Monday night when the Broncos (10-4) host the Bengals (11-3).

The typically placid and pleasant Manning appeared frustrated and angry during his Sunday morning interview.

“Disgusted is really how I feel,” he said. “Sickened by it. I’m not sure I really understand how someone can make something up by somebody, admit they made it up and it gets published into a story.”

The Broncos released a statement on Sunday supporting Manning.

“Throughout his NFL career, particularly during his four seasons with the Broncos, Peyton has shown nothing but respect for the game,” the statement read. “Our organization is confident Peyton does things the right way, and we do not find this story to be credible.”