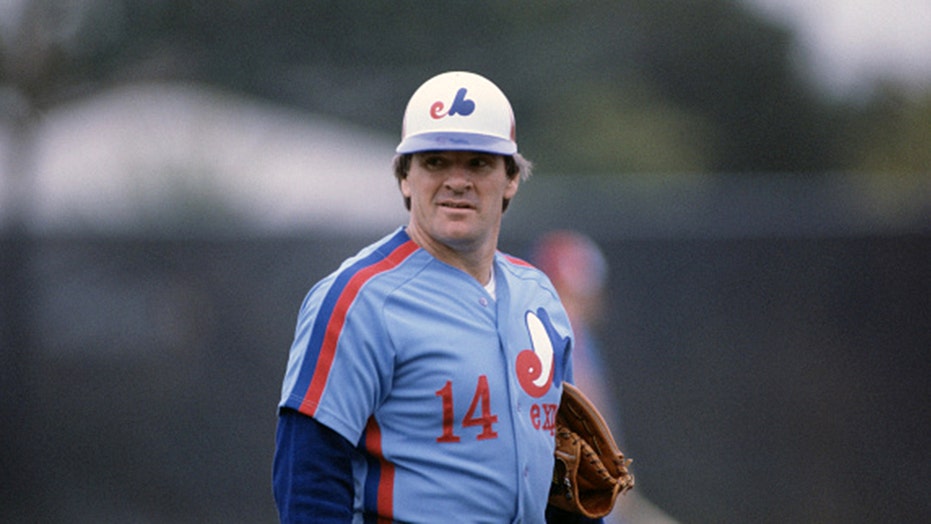 Pete Rose was accused of using corked bats during his time with the Montreal Expos, a former groundskeeper at Olympic Stadium said in an interview last week.

Joe Jammer, who worked with the Expos for 11 seasons, told the Montreal Gazette he saw Rose corking his bat in 1984. It was Rose’s lone season in Montreal. He was traded to the Cincinnati Reds later in the year.

PETE ROSE WEIGHS IN ON ASTROS' SIGN-STEALING SCANDAL: 'I DIDN'T TAINT THE GAME'

“Pete Rose would have his bats corked in the visitors’ clubhouse at Olympic Stadium,” Jammer told the Gazette. “I found out he was corking bats.

“Pete was too smart to deal with Expos equipment manager John Silverman [to cork his bats],” Jammer said. “So Bryan Greenberg, who worked in the visitors’ clubhouse, did it. He took me into a room, a door to the left, and underneath tarps there was this machine.”

Pete Rose was accused of using a corked back. (Photo by B Bennett/Bruce Bennett Studios via Getty Images Studios/Getty Images)

“The guy said that nobody checks him because he’s a singles hitter,” Jammer said.

PETE ROSE: JOHNNY BENCH WOULD NEVER HAVE MADE IT TO HALL OF FAME 'IF I WASN'T BORN'

Greenberg told the Gazette he “wasn’t at liberty to discuss” the issue.

Rose’s representative declined to comment when reached by The Gazette.

“Thank you for reaching out. We are not doing any interviews at this time,” he told the newspaper.

Corking bats is illegal in Major League Baseball. The opinion is that a lighter weight helps bat speed and possibly increasing the distance in which the ball is hit. Former Chicago Cubs slugger Sammy Sosa was infamously caught with a cork in his bat in 2003.

Rose has previously been accused of corking his bat during his career.

In 2010, Deadspin published a photo of a bat commissioned by Rose for his chase to the all-time hits record in 1985. An X-Ray of the Mizuno PR4192 appeared to show some object inside the bat. Deadspin determined it was a corked bat.

Rose’s longtime friend Tommy Gioiosa told Vanity Fair in 2001 that Rose was using corked bats in 1985 when he was in his second stint with the Reds.

Rose addressed rumors of corked bats in 2004, according to the Cincinnati Enquirer.

“Take it to an examiner and see if there’s any cork in it," he said. "I guarantee you there won’t be. If somebody has a corked bat that has my name on it, bring it on down.”

Rose is MLB's all-time leader in hits with 4,256. He is banned from the Baseball Hall of Fame for gambling on baseball as a manager.