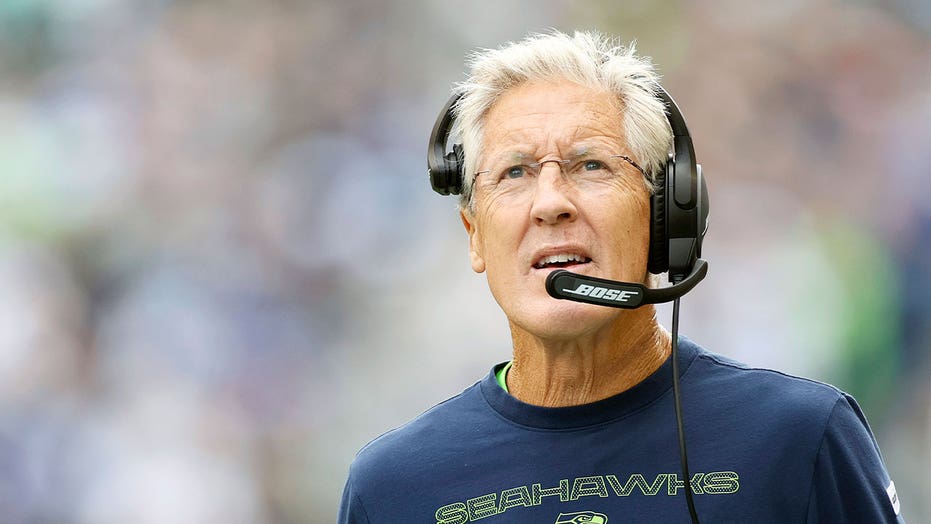 The rumors are true. Seattle does have a former starting quarterback in mind to become the heir apparent to Russell Wilson. But it’s not who you think. Sorry, Baker.

Head coach Pete Carroll of the Seattle Seahawks looks on during the fourth quarter against the Tennessee Titans at Lumen Field on September 19, 2021 in Seattle, Washington. (Steph Chambers/Getty Images)

"I’d like to get Geno hooked up and get him back in (here)," Carroll told Seattle’s 710 AM KIROon Tuesday.

Should Carroll’s hopes come to fruition, that all but shuts the door on the rumored Mayfield-to-Seattle trade scenarios. As OutKick’s Sam Amico alluded, backing off from Baker is becoming a trend around the NFL.

Smith has spent the last three seasons with the Hawks, playing in five games, and Carroll says that if he signs back with Seattle, he’ll get the first crack at replacing Wilson – even ahead of Drew Lock, whom the team acquired from Denver in the Wilson trade.

Geno Smith #7 of the Seattle Seahawks looks on before the game against the Detroit Lions at Lumen Field on January 02, 2022 in Seattle, Washington.  (Steph Chambers/Getty Images)

"He showed us a good deal of command of our offense when he played last year, and he has a terrific understanding of it. So he’s out in front of the other guys that are involved in the competition in that regard," said Carroll, via 710 AM KIRO.

When Wilson was injured last season, Smith stepped in and performed reasonably well, completing 68% of his passes for 702 yards with five touchdowns and just one interception.