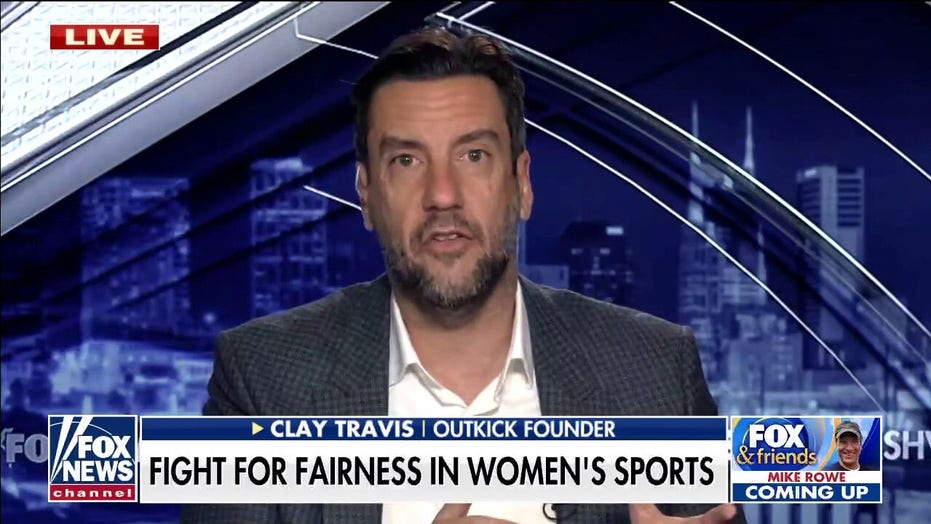 EXCLUSIVE: While University of Pennsylvania transgender swimmer Lia Thomas, who spent three years at the Ivy League school swimming as a male, has been busy smashing female pool records, friction has been building within the team, according to a Penn female swimmer who said she feared for her ability to find employment after graduating from college for sharing her honest opinion about a transgender teammate. For that reason, OutKick is granting her anonymity to speak out.

Thomas’ latest round of swimming record destruction came at a three-day meet in Akron, Ohio, where numerous pool, meet and program records weren’t just destroyed but lowered to a point where they may never be broken. Friday, the Ivy League 500 freestyle record was broken. Saturday, Thomas set the nation’s best time in the 200 freestyle, which also destroyed pool, meet, and Penn program records.

Lia Thomas notched a winning time of 4:34.06 in one of her meets. (Penn Athletics)

"Pretty much everyone individually has spoken to our coaches about not liking this. Our coach [Mike Schnur] just really likes winning. He’s like most coaches. I think secretly everyone just knows it’s the wrong thing to do," the female Penn swimmer said during a phone interview.

"When the whole team is together, we have to be like, ‘Oh my gosh, go Lia, that’s great, you’re amazing.’ It’s very fake," she added.

Needless to say, 2021 has been a huge change for the Penn women’s swimming team compared to where the program was in 2019 and the early part of 2020 before COVID caused the shutdown of the program for the 2020 season. Members of the team were first alerted to the forthcoming change in 2019 when Thomas, who was second-team All-Ivy League as a male during the 2018-19 season, announced that he would be going through the transition that would allow him to compete as a woman under the NCAA’s transgender policy.

A trans male who has received a medical exemption for treatment with testosterone is no longer eligible to compete on a women’s team without changing that team status to a mixed team.

Fast forward to the fall of 2021. Penn is five meets and an invitational into the season and the school now has a legitimate contender for NCAA titles in the prestigious freestyle category. Olympic heroes Missy Franklin and Katie Ledecky hold NCAA records that Thomas could own by the end of the 2021-22 season.

"The Ivy League is not a fast league for swimming, so that’s why it’s particularly ridiculous that we could potentially have an NCAA champion. That’s unheard of coming from the Ivy League," Thomas’ teammate explained.

"On paper, if Lia Thomas gets back down to Will Thomas’ best times, those numbers are female world records. Faster than all the times Katie Ledecky went in college. Faster than any other Olympian you can think of. His times in three events are [female] world records."

Thomas’ best times racing as a male the first three years at Penn:

Can Lia Thomas duplicate the times put up by Will Thomas after at least a year of testosterone suppression? The teammate who spoke to OutKick doesn’t think it’s out of the question, based on what she saw from Thomas in November and early December.

"One year doesn’t mean anything. What about the years of puberty as a male, the male growth you went through as a man?" the teammate asked.

In a study published in the December 2020 edition of the British Journal of Sports Medicine, researchers found that the one-year waiting period used by the NCAA and other athletic organizations is inadequate.

"For the Olympic level, the elite level, I’d say probably two years is more realistic than one year," lead author Dr. Timothy Roberts, from Children’s Mercy Hospital in Kansas City, Missouri, told NBC News. "At one year, the trans women on average still have an advantage over the cis women."

Roberts gathered the data while studying the athletic performance of men and women in the Air Force who were required to go through physical readiness tests. Researchers reviewed test results and medical records of 29 trans men and 46 trans women.

"We compared pre-and post-hormone fitness test results of the trans women and trans men with the average performance of all women and men under the age of 30 in the Air Force between 2004 and 2014. We also measured the rate of hormone-associated changes in body composition and athletic performance," the authors stated.

The average age of participants was 26.2 years old.

"Prior to gender affirming hormones, trans women performed 31% more push-ups and 15% more sit-ups in 1 min and ran 1.5 miles 21% faster than their female counterparts. After 2 years of taking feminizing hormones, the push-up and sit-up differences disappeared but trans women were still 12% faster," the study states.

So if Thomas has such an advantage in the pool, as suggested by the 2020 study, why don’t Penn swimmers organize some sort of protest and scream from the rooftops that this is unfair?

"There are a bunch of comments on the Internet about how, ‘Oh, these girls are just letting this happen. They should just boycott or protest.’ At the end of the day, it’s an individual sport. If we protest it, we’re only hurting ourselves because we’re going to miss out on all that we’ve been working for," Thomas’ female teammate said, but she added that something needs to be done to protect biological women who’ve fought for an equal playing field in collegiate athletics.

One person who has been fighting to find a solution to a transgender vs. biological woman playing field is Donna de Varona, who made the 1960 U.S. swim team as a 13-year-old and went on to become a gold medalist at the 1964 Games before going to work as an advocate for women in sports. She has spent her adult life fighting for and defending Title IX.

"I’m not in favor of the bans and legislation sweeping the country to ban transgender individuals in sports altogether, but I think we need policies. We’re in an emerging environment where we have to think carefully and not rush to judgment too quickly."

While the sports policymakers are busy figuring out what those future rules look like to protect the space that biological women have fought for, members of the Penn women’s swim team are left trying to make sense of what is becoming of their sport in 2021 and what the future might look like.

"When I have kids, I kinda hope they’re all boys because if I have any girls that want to play sports in college, good luck. [Their opponents] are all going to be biological men saying that they’re women," Thomas’ teammate told OutKick. "Right now we have one, but what if we had three on the team? There’d be three less girls competing."