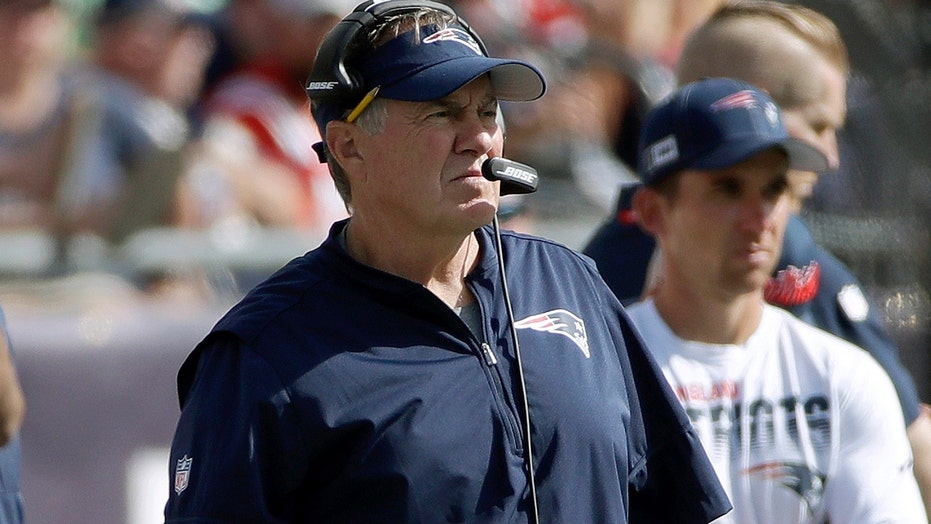 New England Patriots coach Bill Belichick was very complimentary of the winless Washington Redskins at his conference call with the media Tuesday ahead of their Week 5 matchup this weekend.

Belichick’s kind words about the Redskins - who rank 28th in points scored and yards gained, 31st in points allowed and 28th in yards allowed - came as a shock to fans.

DENVER BRONCOS' BRADLEY CHUBB OUT FOR SEASON WITH TORN ACL: 'IT'S A HUGE LOSS'

“They’re all pretty good,” he said of Washington’s quarterbacks, who include Dwayne Haskins, Case Keenum and Colt McCoy, according to The Washington Post.

“Obviously, McCoy is an outstanding player with a great deal of experience, and so is Case. Those guys have played a lot of football, they’ve played a lot of good football, and they have a very talented group of skill players with them. Haskins is a young, talented player. We’ll have to be ready for all three players, and that’s going to be a big challenge for us.”

Aside from also complimenting Adrian Peterson, Vernon Davis, and Terry McLaurin, Belichick gave praise to Washington coach Jay Gruden – who is reportedly in danger of losing his job at any moment this season. He said Gruden has a “very well-designed and thought-out offensive scheme.”

The Patriots are undefeated heading into the game, with one of the best quarterbacks of all time still leading the charge and a top-ranked defense.