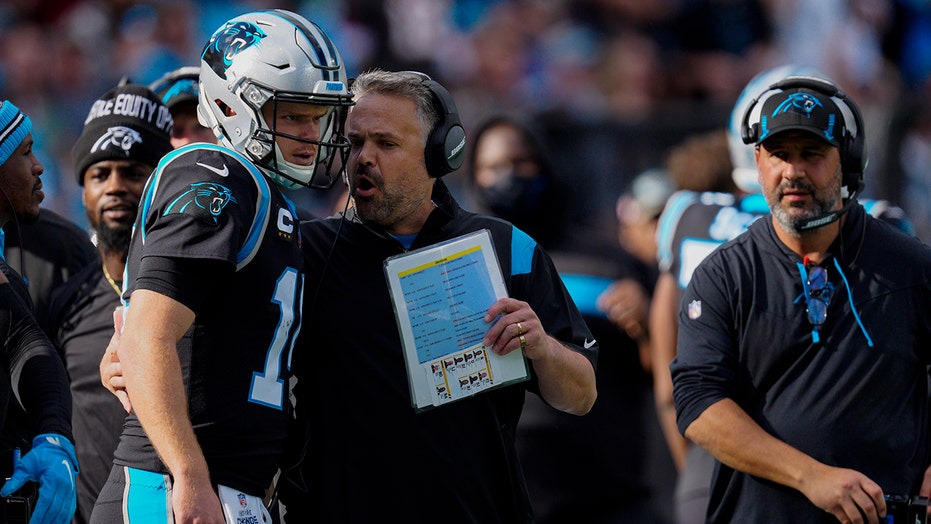 The Carolina Panthers have sent all of their players home from Bank of America Stadium after six more players tested positive for COVID-19 on Monday.

That brings the total number of Carolina players on the COVID-19 reserve list to 13.

Panthers coach Matt Rhule said the decision to send players home was made "to stem the tide" and get things under control. The team will conduct its meetings virtually until then, and Rhule is hoping to have players back in the building for practice on Wednesday.

The Panthers lost 32-6 to the Tampa Bay Buccaneers on Sunday and have been eliminated from playoff contention. They visit the New Orleans Saints on Sunday.

— The Cincinnati Bengals placed backup quarterback Brandon Allen and already-injured cornerback/kick returner Darius Phillips on the reserve/COVID-19 list on Monday. Phillips (shoulder), who was the Bengals’ primary kick returner, has been on injured reserve since Dec. 9.

Allen has been the No. 2 quarterback behind starter Joe Burrow. The team will likely have to add a quarterback to the roster.

— The Indianapolis Colts placed safety Jahleel Addae, cornerback T.J. Carrie, linebacker Malik Jefferson, running back Marlon Mack and tackle Braden Smith on the list. Smith has been a key member of the offensive line that has helped Jonathan Taylor lead the league in rushing.