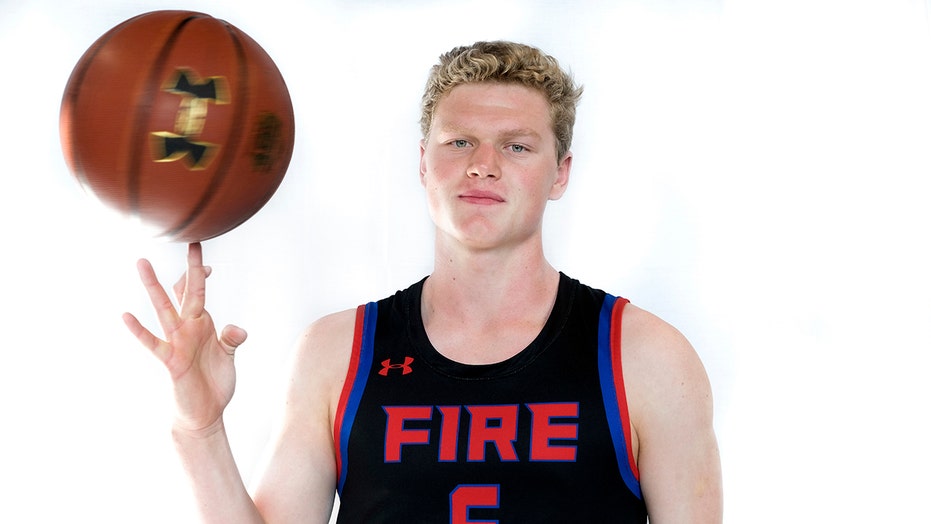 Jake Murphy expected this summer to be his showcase for college coaches, a chance to catch an eye, hopefully earn a Division I basketball scholarship.

The 6-foot-3 guard for Phoenix-based PowerHouse Hoops garnered attention from schools in the West Coast, Southern, Big Sky and Atlantic Sun. Murphy just needed to prove what he could do against elite competition over the summer after being being hampered by injuries and changes in the recruiting calendar.

Once the world changed, so did his plans.

The coronavirus pandemic put sports on hold and the AAU circuit with it, leaving non-elite basketball recruits with no opportunity to make an in-person impression on college coaches,

Murphy opted to take the most sensible road rather than try sorting through the uncertainty, committing to play at the Air Force Academy, where his brother was already a cadet.

“I think if I could have played in front of more coaches, there’s always the chance of a very different outcome,” Murphy said. “But with how everything went and kind of happened, I feel like this is how it’s supposed to be.”

The spread of COVID-19 has led to a dramatic shift in recruiting practices for college basketball coaches. Instead of crisscrossing the country to watch recruits play and hosting them for on-campus visits, coaches now have to get creative while in lockdown mode.

So do the recruits trying to get their attention.

The high-end recruits? They'll be fine. Coaches have been tracking most of them since middle school and already know what they can do.

The middle-of-the-road and borderline-Division I recruits still have something to prove. The pandemic prevents them from doing it in person, leaving game film or long-distance communication as the only options to make an impression.

“Those are the kids that are hurt the most because they don’t have an opportunity to break out and play in front of coaches. It’s tough for them,” said Ryan Silver, director and founder of the West Coast Elite Under Armour program. “The coaches can watch film, but want to see them live.”

Film tells one story, usually the most positive one, at least when it comes to highlight reels. Live is where the middle-to-lower-level recruits make their mark.

Playing in front of college coaches provides an opportunity to show off intangibles, like attitude, coachability, adaptability, basketball knowledge, whether a player might be molded into a particular system.

Sometimes all it takes is one play for a recruit on a smaller AAU team or one buried on the bench of a larger one to catch a coach's attention.

Those opportunities, at least for now, are gone.

“The no-brainers are still the no-brainers. Maybe their egos are hurt a little bit because they don’t have the ability to earn their way up five more spots on the (recruiting ratings) board or something,” PowerHouse Hoops coach John Ortega said. "But this hurts the tweeners, for sure, the guys that are 6-3 and below, the very skilled players that need to show that, hey, I can guard better athletes or I can play this other position. Now they can't."

The summer shutdown will likely have lasting implications into the fall and beyond.

Players who were expecting to make college decisions during the early signing period in November now may wait to make a commitment as they weigh options and coaches sort out their rosters.

Like Murphy, Dexter Stratton has generated interest from plenty of college coaches, mostly across the West since he wants to be close to home where his family can watch him play.

The 6-7 forward from San Diego could have expanded his options with a good summer playing for his AAU team. Instead, the virus has forced him to stay home, attending daily Zoom meetings with West Coast Elite, working on ballhandling, lifting weights, running hills and getting shots up in his driveway.

The coaches may not be able to watch him play, but Stratton is keeping himself on their radar by continuing conversations and sending film — all while waiting to see how things shake out.

“It pushes things back a little bit,” Stratton said. “It makes it harder to have an idea at a time right now. But my goal is right about the start of my senior year for high school, maybe not be committed, but have a really good idea.”

No one's quite sure when basketball returns. Recruits hoping to earn scholarships are busy making sure they'll be ready when it does.