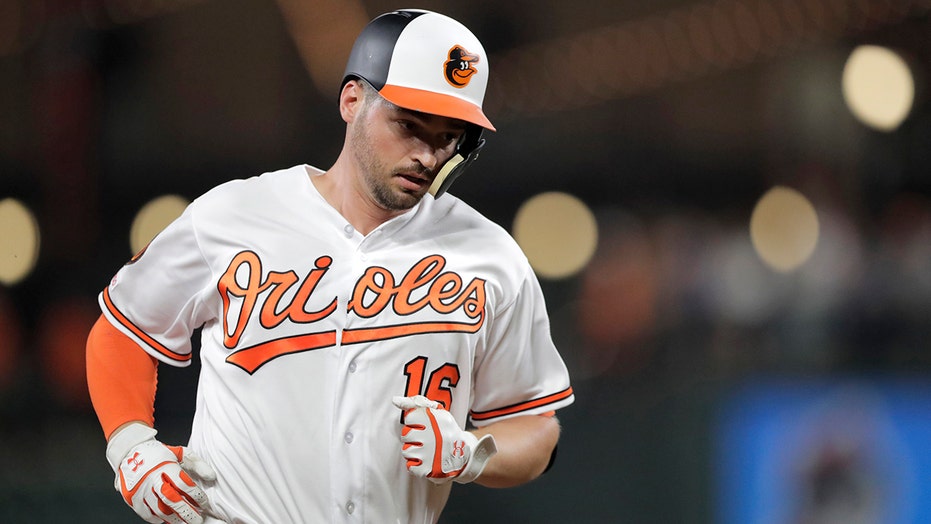 The tumor was discovered last week during a colonoscopy, team officials said. Lab results and the timetable for Mancini's recovery will not be known until next week.

Mancini left the team on Saturday. The Orioles provided few details at the time, except to say he was slated to undergo “a non-baseball medical procedure."

In a statement released by the team Thursday, Mancini said, “The outpouring of love and support I have received has made an extremely tough week so much better. ... I would like to thank everyone for their prayers and kind words, which have furthered my excitement to get back to playing the game I love.”

Mancini, who turns 28 next Wednesday, batted .291 with 35 home runs and 97 RBIs last season while playing the outfield, at first base and as a designated hitter. He also had a career-best .364 on-base percentage.

Mancini was one of few bright spots for the rebuilding Orioles last season. In addition to playing in 154 games and leading the team in homers and RBIs, Mancini played the role of clubhouse leader on a team filled with youthful players.

Though Baltimore has lost more than 100 games in each of the last two years, Mancini has been a standout offensively. In 2018, his second full season, he hit 24 home runs over 156 games.

“We are doing everything in our power to ensure Trey recovers fully, and we can't wait to see him back on the field as soon as possible,” general manager Mike Elias said.