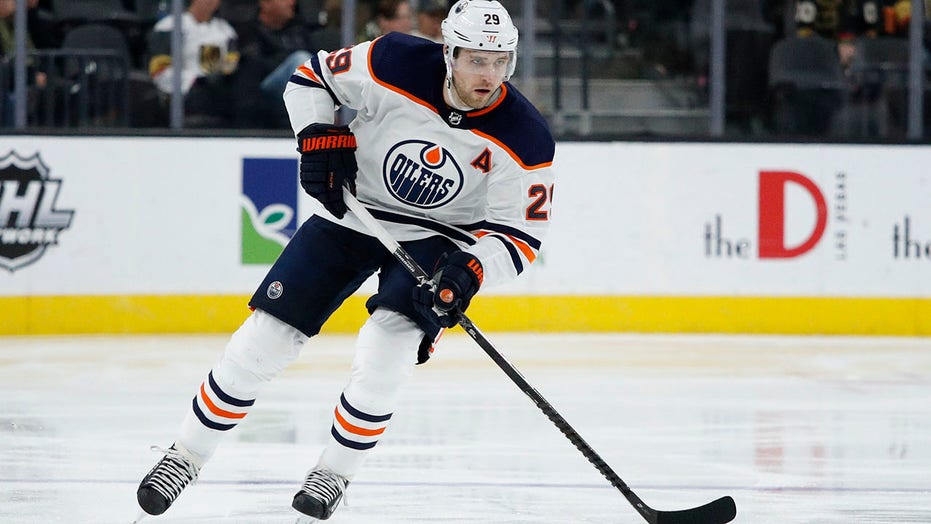 The Edmonton Oilers’ resurgence placed Connor McDavid back in the NHL MVP conversation, along with teammate Leon Draisaitl.

Colorado’s Nathan MacKinnon and Boston’s David Pastrnak made their case, too, during a pandemic-shortened season. And don’t forget Artemi Panarin, a late entry in the discussion after the New York Rangers finished 11th in the Eastern Conference, enough to qualify for the league’s proposed 24-team playoff format.

Difficult as it may be to remember the last time the puck dropped on March 11, the three months that have passed at least provided time for awards voters to pore over the numbers before submitting their ballots this week.

“This year, I’ve had more time than ever, honestly, because I haven’t been getting on airplanes,” joked NBC's Pierre McGuire, who usually spends April through June hopping from one playoff matchup to another.

The only difficulty for McGuire was making projections on candidates because a full season wasn’t completed, and teams played an uneven number of games.

McGuire leaned toward favoring McDavid, who won the Hart in 2017, and Draisaitl by calling them “double-trouble” in helping the Oilers reach the playoffs for just the second time in 14 years. Centering separate lines, Draisaitl (43 goals and 110 points) and McDavid (37 goals and 97 points) finished 1-2 in the NHL point race.

That’s no disservice to MacKinnon, who had 35 goals and 93 points in helping the Avalanche overcome a rash of injuries and finish second in the Central Division. McGuire was equally impressed with Pastrnak posting career-highs with 48 goals and 95 points despite playing just 70 games.

Though Panarin is worthy of consideration, after finishing with 32 goals and 95 points, the knock on him is the Rangers season would be over if not for the expanded format.

Draisaitl: “Led the league with a career-high 110 points in just 71 games, giving the Pacific Division-contending Oilers a second star to go along with McDavid.” – Lage.

Draisaitl: “Stepped up in his ability to play in all situations, while taking the emphasis off McDavid on a team that contended for the division title.” – Wawrow.

MacKinnon: “Had 43 more points than his next-closest Colorado teammate (rookie defenseman Cale Makar) and carried the Avalanche to the second spot in the Western Conference amid injuries to Gabriel Landeskog, Mikko Rantanen and both goaltenders.” -- Whyno.

Connor Hellebuyck, Winnipeg, (31-21-5, 2.57 goals-against average): “Bounced back from shaky season with a strong showing with an NHL-high six shutouts for the Jets, who have a losing record without him in net.” – Lage.

Hellebuyck: “Went 10-5-1 and allowed 34 goals in starting 16 of the Jets' final 19 games in helping Winnipeg climb from being tied for ninth in points to seventh in the West.” -- Wawrow.

Hellebuyck: “Boston’s Tuukka Rask has the best numbers but also the stronger team in front of him and a much smaller workload, tipping the balance to Hellebuyck, who won 31 of his 58 games with a .922 save percentage.” -- Whyno.

John Carlson, Washington (15 goals, 60 assists, 75 points, 69 games): “He had more points than any other defenseman, and was the world’s best on the blue line after finishing in the top five in voting the past two years.” – Lage.

Roman Josi, Nashville (16 goals, 49 assist, 65 points in 69 games): “Joined Carlson as the NHL’s only two blue-liners to lead their team in points while averaging a minute more of ice time per game and finishing seventh among defenseman with a plus-22 rating.” -- Wawrow.

Carlson: “Flip a coin between Carlson and Josi, and the Predators defenseman might’ve taken this had the season gone 82 games. Still, Carlson put up 10 more points and was Washington’s best player the first half of the year.” -- Whyno

Quinn Hughes, Vancouver (eight goals, 45 assists, 53 points, 68 games): “Led rookies in points and assists, giving the Canucks a shot to make the playoffs for the first time since 2015.” – Lage.

Hughes: “In a nail-biter against Makar, the Canucks defenseman and brother of Devils No. 1 pick Jack Hughes gets the nod for staying healthy and playing 68 games, skating almost a minute more each and having a bigger impact on Vancouver.” - Whyno.

Patrice Bergeron, Boston: “Boston appears to be the NHL’s best team in part because of one of the greatest two-way players. If Bergeron wins the award for a fifth time, he will break the record set by Hall of Famer Bob Gainey.” – Lage.

Couturier: “Slam-dunk first Selke for a guy who led the NHL in faceoff-winning percentage, averaged 2 minutes a game on the penalty kill and also put up 22 goals and 37 assists.” -- Whyno.

O’Reilly: “Except for the grizzled beard, there’s nothing dirty about O’Reilly’s play, which nudges him ahead of Carolina’s Jaccob Slavin.” -- Wawrow.

Jaccob Slavin, Carolina: “An antiquated award calls for different measures of success, but Slavin is not only gentlemanly off the ice, but also on it with only 10 penalty minutes while facing top opposing lines in big minutes.” -- Whyno.

Dave Tippett, Edmonton (37-25-9): “Often underrated for his eight-year stint with the talent-depleted Coyotes, Tippett showed how capable he was in transforming the previously under-achieving Oilers into contenders.” -- Wawrow.

Tortorella: “After everyone thought the Blue Jackets would struggle from losing so many players in free agency, Columbus had a pile of injuries most of the year and still was a contender because of Tortorella.” -- Whyno.