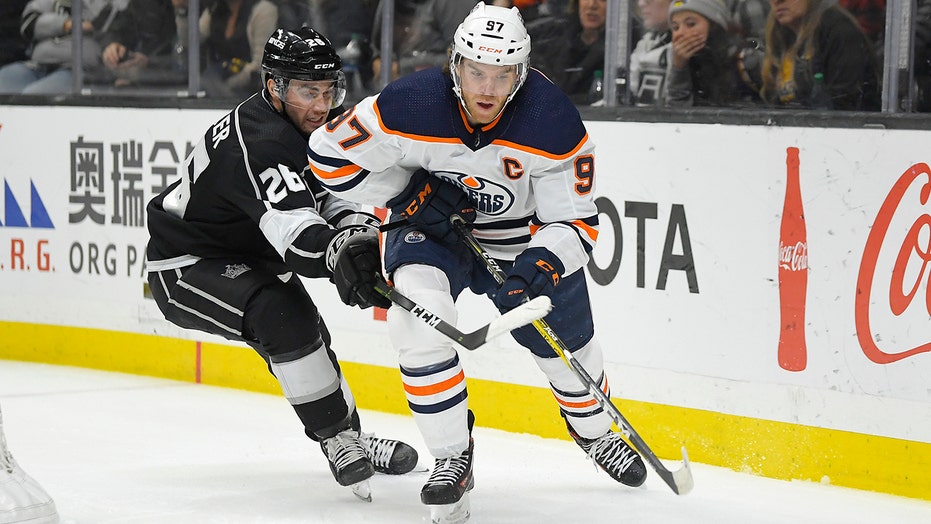 Mired in a run of one playoff appearance in 13 seasons, the Edmonton Oilers could really use some hockey deep into April and perhaps May and June.

General manager Ken Holland took a few small steps toward making that happen at the NHL trade deadline by picking up defenseman Mike Green and forwards Andreas Athanasiou and Tyler Ennis. Connor McDavid and Leon Draisaitl are one of the league's top dynamic duos, and now they have some extra help.

"We felt that we'd like to do something to put a little, I'm going to use the word 'buzz' into our team," Holland said.

Improving up front and on the back end makes Edmonton one of the winners at the deadline. Here are some more winners:

The 27-year-old center could've stayed in Ottawa, but a trade to the New York Islanders was also followed by a $30 million, six-year contract extension. The Islanders can now go down the middle with Mathew Barzal, Brock Nelson and Pageau for years to come.

Things have been bleak in Canada's national capital for some time, but things are looking up. Getting a conditional first-round pick from the Islanders — it transfers as long as it's not in the top three — gives Ottawa nine in the first three rounds of the draft. The Senators are stockpiling picks and young talent now.

The Lightning could justifiably be nervous about being Stanley Cup contenders after last season's first-round exit. But trades for forwards Blake Coleman and Barclay Goodrow position Tampa Bay very well come playoff time. Coleman and Goodrow should fit right in for coach Jon Cooper's bunch that looks all the bit like a Cup favorite.

The Vegas Golden Knights' trade for goaltender Robin Lehner should allow Fleury to get some more of a breather down the stretch. Fleury was part of two Cup-winning teams in Pittsburgh when he didn't have a heavy workload, and things are coming together for Vegas at the right time.

The Florida Panthers have lost nine of 13 games since the All-Star break and likely got worse for the rest of this season by trading Vincent Trocheck to Carolina. Florida got NHL forwards Erik Haula and Lucas Wallmark and a couple of prospects from the Hurricanes, but this was more about changing something.

“The second half, since the All-Star break, our team has really struggled and we wanted to find a way to shake things up and see what would work," GM Dale Tallon said.

Florida also tried to land a top-four defenseman and came up empty.

“There were some (possibilities) available but they didn't quite work and there were others that we were unable to pull off because of our cap situation,” Tallon said. “It is what it is. We tried to add some pieces to get some security and some depth back there, but I think a lot of teams are trying to do the same thing."

Here are some other trade deadline losers:

Two significant trades never came to pass: Zach Parise from the Wild to the Islanders and Sharks forward Joe Thornton anywhere. It was a relatively busy deadline, but Parise reuniting with former Devils GM Lou Lamoriello in New York and Thornton getting to chase the Cup would've spiced up the next few months.

Minnesota GM Bill Guerin said "the fact that nothing happened today is fine." Thornton was reportedly upset he didn't go to a contender like longtime running mate Patrick Marleau, who was traded to Pittsburgh.

The big winger has the perfect style for the playoffs, but he won't get a chance to play in the postseason this spring after a trade to the Buffalo Sabres. It might work out long term there for Simmonds, though he was also connected to Vancouver and now is more likely to play for Canada at the world championships.

Nothing against Devin Shore, who should be a useful addition. But with the rest of the Metropolitan Division contenders making bigger moves, the banged-up Blue Jackets might be stuck at the back of the pack.

Aside from the Lehner trade and Colorado getting forward Vladislav Namestnikov and goalie Michael Hutchinson, the top teams in the West didn't load up for the stretch run. Defending champion St. Louis got defenseman Marco Scandella last week, but with so much smoke around the Dallas Stars and Joe Thornton, it was a bit of a dud of a deadline day out West.