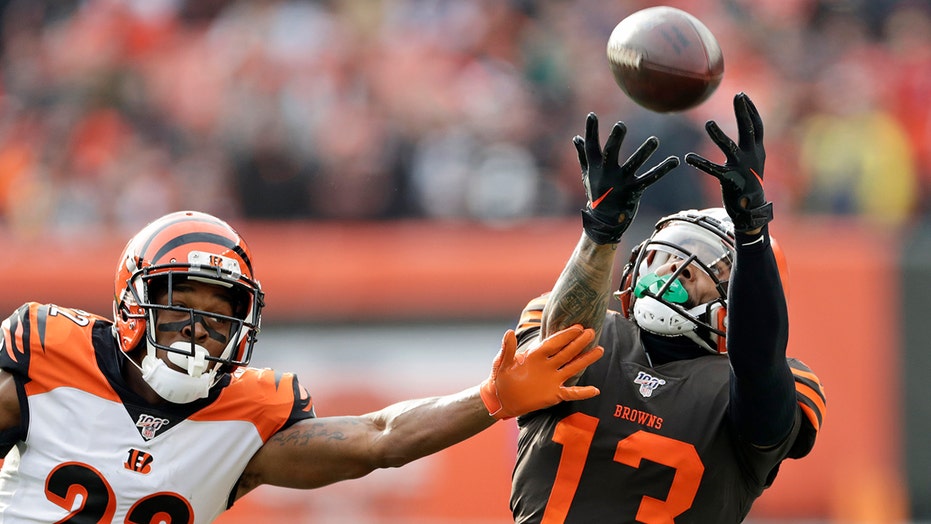 Odell Beckham Jr. tweeted last week he never said he was unhappy on the Cleveland Browns, but multiple reports have suggested that the star wide receiver desperately wants out.

Beckham has been telling opposing players and coaches before and during games this season to “come get me,” according to FOX Sports’ Jay Glazer on Sunday. The analyst added that the Browns were not on a list of destinations he wanted to go to when the New York Giants traded him earlier this year.

As the drama around Beckham begins to rear its ugly head again, Yahoo Sports reported Monday there are three issues now that the wide receiver is dealing with: he’s battling a sports hernia, he’s frustrated with his own performance this season and he’s unsure about his relationship with the Browns’ staff.

“He’s lost. … Fame got to him, he made bad choices [and] now he has to redeem himself. And the road to redemption isn’t an easy one when you have an ego,” a source told Yahoo Sports.

According to the report, Beckham made the “come get me” comments to at least one team in October but it was unclear which team. The wide receiver reportedly holds the San Francisco 49ers in the highest regard and has even struck up a friendship with quarterback Jimmy Garoppolo.

“He talks to Jimmy on and off the field,” a source told Yahoo Sports. “They have a friendship that is more than just saying hello before or after [a game]. There’s a lot of mutual respect there as football players and people — which is important [to Beckham].”

Beckham has 59 catches for 844 yards and two touchdowns this season.