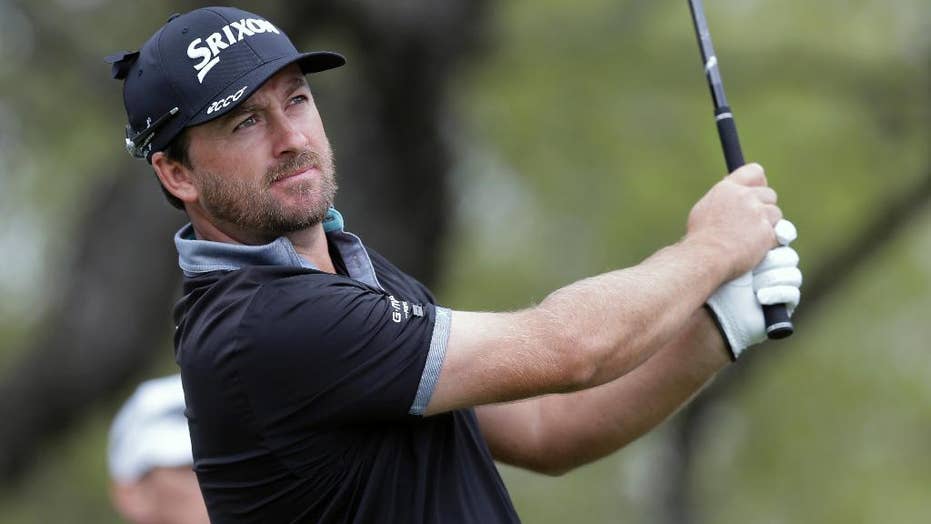 Graeme McDowell finds motivation in short supply as he tries to keep his golf game sharp without knowing when the next tournament will be played. In that respect, he's no different from most players.

His concern goes beyond golf during the shutdown from the spread of the new coronavirus.

McDowell is a founding partner in restaurant Nona Blue, which opened in Orlando, Florida, in 2013 and was so successful that another was opened in 2016 outside the gates of the TPC Sawgrass.

And now both are temporarily closed.

“The perspective I get from the working American point of view, it tunes me in to how big this is financially, the impact it's going to have,” McDowell said on a conference call Wednesday. “We have two pretty successful restaurant businesses going, and all of a sudden we're closing our doors and barely have enough money. Will we be able to come out the other end? That's scary how quickly something like this can impact businesses all over the world.”

Nona Blue was poised for another big week at The Players Championship when the sporting world collapsed in a matter of days. The PGA Tour canceled its flagship event after one round and now is on hiatus until the end of May at the earliest, just like every other sport.

Nona Blue is as much about the social gathering as the food, which features such items as G-Mac and Cheese and Marian's Irish Coffee. McDowell says the restaurant concept came from The Wine Bar in his hometown of Portrush, Northern Ireland, which was packed during the British Open last summer.

Nona Blue followed Florida's order of restaurants serving food only for delivery or takeout. It was clear within days that wasn't going to work.

“That's not our model,” said Joe Davi, a founding partner who brings the restaurant business experience to the operation.

Davi has had to close restaurants for natural disasters, such as a hurricane.

“With this, there's a beginning, an uncertain middle and an unforeseen finish,” he said. “We are now closed for the unforeseeable future.”

McDowell lets his business partners, Davi and Joe Bona, handle the restaurant as he takes care of his golf.

The former U.S. Open champion and European hero at the 2010 Ryder Cup in Wales had gone through some lean times until a year ago this week when he won in the Dominican Republic, held opposite a World Golf Championships event. He earned his way into the British Open for the return to Royal Portrush and started this year by winning the Saudi International, which led to a return to the top 50 in the world.

McDowell, sociable as ever, has played a few rounds with members at Lake Nona in Orlando. Otherwise, he is home with his wife and three children. His parents still live in Portrush, though they spend winter months in Florida with McDowell and are still with him.

“It's been difficult to get into the workout and practice routines that I want to be in right now,” he said. “Without having that target in front of me ... it's difficult to get focused. I feel like it's taken me 10 days to grasp the magnitude of what we're going through.”

The Nona Blue restaurants have added to the stress and uncertainty. Davi said each restaurant employs 105 people.

Davi said he has enough capital in reserve to cope for now, while shutting down everything from the cable service to trash removal in an attempt to cut costs to a bare minimum and still take care of the staff.

Key for Nona Blue, like so many other business, is the stimulus bill the Senate approved late Tuesday night that now goes to the House. It included a $367 billion program for small businesses to keep making payroll while workers are forced to stay home.

McDowell is the host this year of the Irish Open, scheduled for May 28-31 at Mt. Juliet, which would be the second tournament on a resumed golf schedule barring any more postponements. The Ryder Cup in late September? That's too far down the road to contemplate, especially with the Masters and PGA Championship looking for new dates, and the U.S. Open on the verge of joining them.

And then there's the reality of two restaurants temporarily closed.

“It gives me a real-world perspective, makes me less focused on what I'm going through in professional sport,” McDowell said. “It's tough times for everyone right now.”