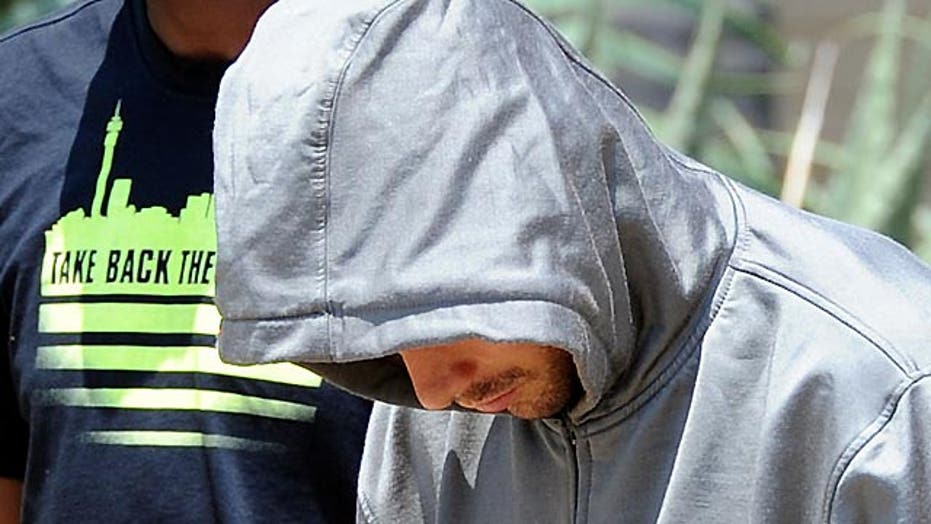 PORTLAND, Ore. – Nike has suspended its contract with Oscar Pistorius, the double-amputee runner from South Africa who is facing a charge of premeditated murder in the Valentine's Day slaying of his girlfriend.

Pistorius, who became the first double-amputee runner to compete on the track at the Olympics at last year's London Games, is accused of intentionally killing model Reeva Steenkamp. Pistorius says he mistook Steenkamp for an intruder and that the shooting was accidental.

"We believe Oscar Pistorius should be afforded due process and we will continue to monitor the situation closely," Nike said in a brief statement posted on its website Wednesday.

On Monday, eyewear maker Oakley suspended its contract with Pistorius.

Nike dropped Lance Armstrong in October 2012, citing insurmountable evidence that he participated in doping and misled the company about those activities for more than a decade. But the Beaverton, Ore.-based company stood by Tiger Woods after he admitted to infidelities and went to rehab for sex addiction.

Pistorius was born without fibula bones due to a congenital defect, and had his legs amputated at 11 months. He runs on carbon-fiber blades and was originally banned from competing against able-bodied peers because many argued that his blades gave him an unfair advantage.

In 2008, however, the Court of Arbitration for Sport cleared him to compete against the fastest in the world.

Pistorius is a multiple Paralympic medalist, but he failed to win a medal at the London Olympics, where he ran in the 400 meters and on South Africa's 4x400 relay team.

He won a silver medal with his country's 4x400 relay team at the 2011 world championships in Daegu, South Korea.