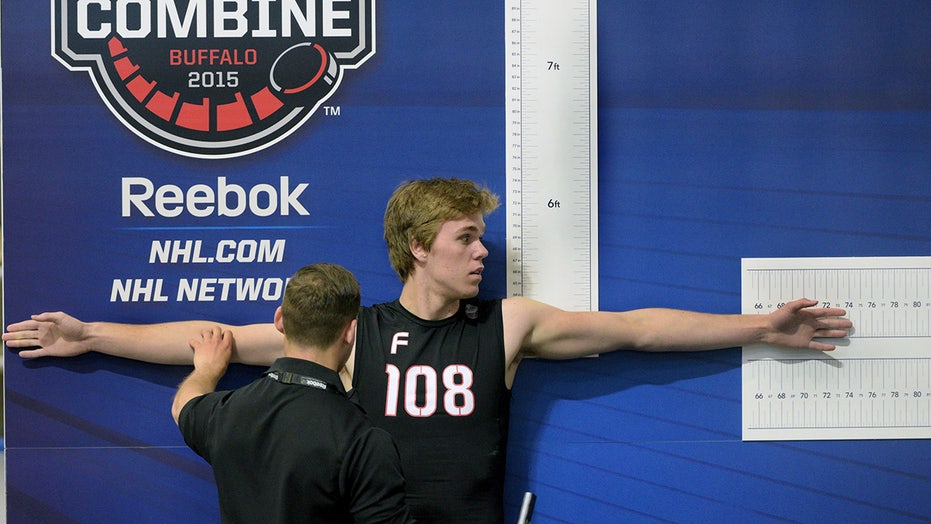 The NHL's top prospects will continue making their pre-draft stops in Buffalo for at least another three years.

The league on Monday announced an extension of its agreement to hold its annual scouting combine in Buffalo at the Sabres downtown practice facility, LECOM Harborcenter, through 2022. The announcement coincided with NHL Central Scouting releasing its mid-season rankings of draft-eligible prospects, with Quebec-born left wing Alexis Lafrenière topping the list of North American skaters.

Buffalo has hosted the combine since 2015, after the weeklong event spent the previous 20-plus years being held at various locations around Toronto.

"I'm very excited about it," said Kevyn Adams, former NHL player and Sabres senior vice president of business administration. "It's an incredible opportunity for us as an organization and city to host such a great event for the last number of years, and now that it's moving forward."

Each year, Central Scouting invites more than 100 of its top-ranked prospects to the combine, where they undergo physical and medical testing, and also meet with team executives. It's considered the final major step in their pre-draft process, and traditionally held about three weeks before the draft.

The move from Toronto was prompted by the construction of the Sabres' $200 million practice complex which includes two rinks, a hotel, restaurant and workout facility, all connected to the team's arena.

Though the combine does not include on-ice testing, the floor of Harborcenter's main rink provides plenty of room for prospect testing to be conducted, while also allowing team executives to watch from the stands.

Those are considered upgrades from when the combine took place inside carpeted convention centers and hotel ballrooms in suburban Toronto.

In Buffalo, teams also have the advantage of going across the street to hold in-person meetings with prospects in arena suites. That's a switch from Toronto, where prospects had to be shuttled to various hotels, depending on where each team was based.

"It just seems to be a pretty good fit, and I do think the three-year term is indicative of that," Adams said. "In Toronto, it was spread out a little bit and just the logistics of it. When the the players and team management get here, it's all here."

Central Scouting director Dan Marr referred to the setup in Buffalo as ideal and featuring a venue that meets all needs.

"The NHL's annual scouting combine is one of the most valuable experiences in a young prospects' draft year, and we are thrilled to continue utilizing the Sabres best-in-class facilities," Marr said.

Lafrenière continues making a case for being the No. 1 pick in showing no signs of slowing a season after being name the Canadian Hockey League player of the year. In his third season with Rimouski, he leads the Quebec Major Junior Hockey League with 49 assists and 73 points in 34 games. He was also named the world junior championship tournament's MVP after helping Canada to a gold-medal victory earlier this month.

U.S. Developmental team defenseman Jake Sanderson, of Whitefish, Montana, is the top-ranked American-born prospect, coming in at 11th. Forward Tim Stuetzle, who plays for Mannheim in his native Germany's pro league, is the top-ranked European prospect.

This year's combine was already on the NHL calendar, and scheduled to take place June 1-6.

The combine is also a boon to Buffalo by annually attracting some 250 NHL executives, scouts and media to the city and its redeveloped waterfront.

"This is exciting news for the Sabres, downtown Buffalo and our great hockey fans in the region," Mayor Byron Brown said. "The three-year extension is the hat-trick of extensions and will allow so many visitors during the NHL combine to experience our fabulous Canalside area, waterfront development and downtown development for years to come."