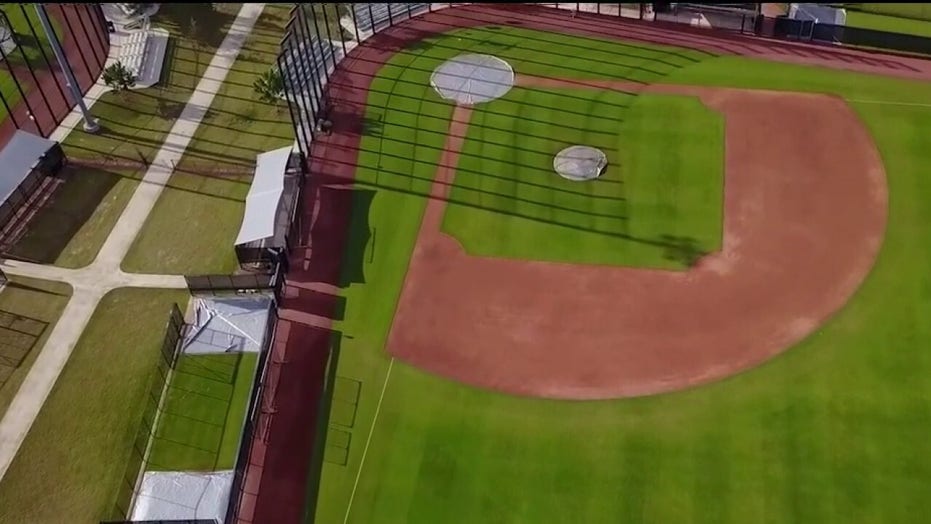 NHL Commissioner Gary Bettman is optimistic about trying to resume the season, but he’s also being realistic about his options.

On Wednesday, he revealed that the recent “rumors” regarding playing in non-league arenas just isn’t going to be possible when one considers what goes into putting on a professional hockey game.

LOS ANGELES KINGS’ DREW DOUGHTY NOT HOPEFUL AMID CORONAVIRUS PANDEMIC: ‘I DON’T SEE HOW THIS SEASON IS GOING TO RETURN’

“I know there's been a lot of rumors about this, we can't play in a small college rink in the middle of a smaller community because if we're going to be centralized, we need the back of the house that NHL arenas provide," he said.

“Whether it's multiple locker rooms, whether it's the technology, the procedures, the video replay, the broadcasting facilities; those are the things that are in place at NHL arenas and that's what we're going to ultimately need if we're going to come back in a centralized basis and play multiple games a day.”

The season was suspended on March 12 with 189 regular-season games remaining.

While Bettman has said the best thing to do would be to finish out the regular season before starting playoffs, many players in the league don’t see that happening.

Los Angeles Kings’ Drew Doughty said last week that he doesn’t “see how this season is going to return.”

“We have no idea when this virus is going to be over. We're all kind of just sitting at home, just hoping to return to the season or hoping to watch the playoffs return. But we're just sitting here, waiting, working out, being ready to return at any point.”

Bettman said Wednesday that the league is “modeling” its options but that everything is going to be centered around the direction of medical personnel and government officials.

“We don’t live in a world of perfect anymore. We’re going to have to make adjustments. Ideally from our standpoint, and it would resolve a lot of issues, would be if we could complete the regular season, even if it’s on a centralized basis, and then go into the playoffs the way we normally play them,” he told McLean.

“That would be ideal, but again, that’s one of the numerous models that we’re looking at and if we can’t do ideal, if we can’t do perfect, we’re going to have to figure out what’s next to perfect.”

The likely option will be playing games, based on division, in four regional NHL arenas, ESPN reported, citing league sources.

The potential candidates include home rinks for the Carolina Hurricanes for the Metropolitan Division, the Edmonton Oilers for the Pacific Division and the Minnesota Wild for the Central Division. No names have been floated for the Atlantic Division.