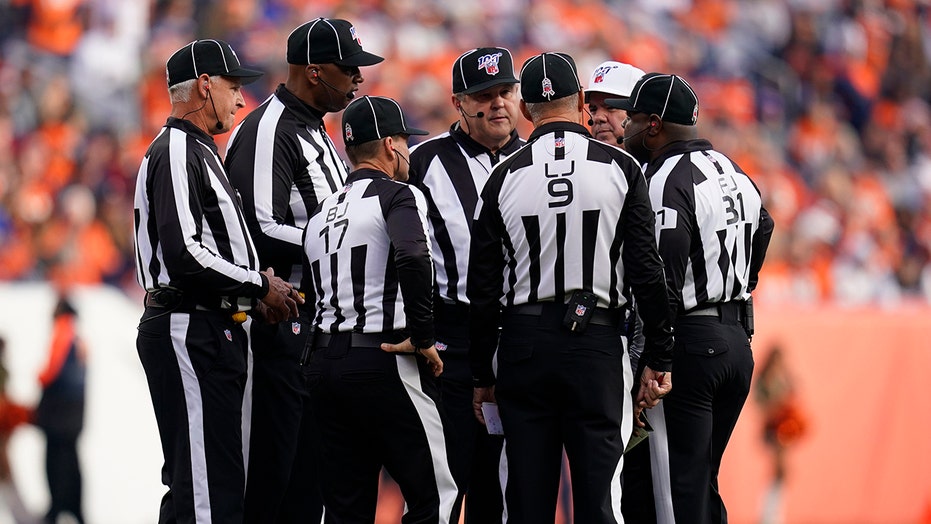 Two NFL teams have suggested changes to game officiating, including a "sky judge" utilized by colleges, among seven rules proposals that will be presented to team owners later this month.

Also proposed is revamping overtime to minimize the coin toss impact and returning OT to its original 15-minute length, and providing alternatives to the onside kick — which is considered a dangerous play — for a scoring team to attempt to keep the ball.

The Ravens and Chargers are seeking what they call a booth umpire as an eighth game official, as well as adding a senior technology adviser to the referee to assist the officiating

Citing competitive equity, pace of play, player health and safety, Baltimore and Los Angeles proposed the adviser "being positioned somewhere other than the playing field, with full communication to on-field officials and access to a television monitor that displays all broadcast angles provided through the NFL’s network independence system."

The technology adviser would be in the replay booth, able to access video and have the ability to hear and communicate with game officials. He will have had on-field experience as a game official and will advise the officiating crew on game administration; ball possession; touching of a loose ball, the out-of-bounds line, goal line, or end line; location of the football relative to the out-of-bounds line, line of scrimmage, first-down spot or goal line; down by contact; face mask and unnecessary roughness against a defenseless player; number of players on the field at the snap; any other information requested by the referee.

Philadelphia made four suggestions, including the overtime changes of going from 10 minutes back to 15. Also, at the end of regulation, whichever team has scored more touchdowns will have the same options as a team that wins the pregame coin toss. If the teams have scored an equal number of touchdowns, the usual coin toss would occur for OT.

As for the onside kick replacement, the Eagles would like for a team to maintain possession after a score by substituting one offensive play on fourth-and-15 at its 25-yard line. Converting the play means keeping possession. But the true onside kick still could be attempted instead.

The Eagles believe such an option would provide excitement and closer competition late in games.

Other proposals include modifying the blindside block rules; making permanent the use of replay to include scoring plays and turnovers negated by a foul, and any extra point attempts; and when the defense declines a penalty it can elect to have the game clock start when the referee signals the ball is ready for play.