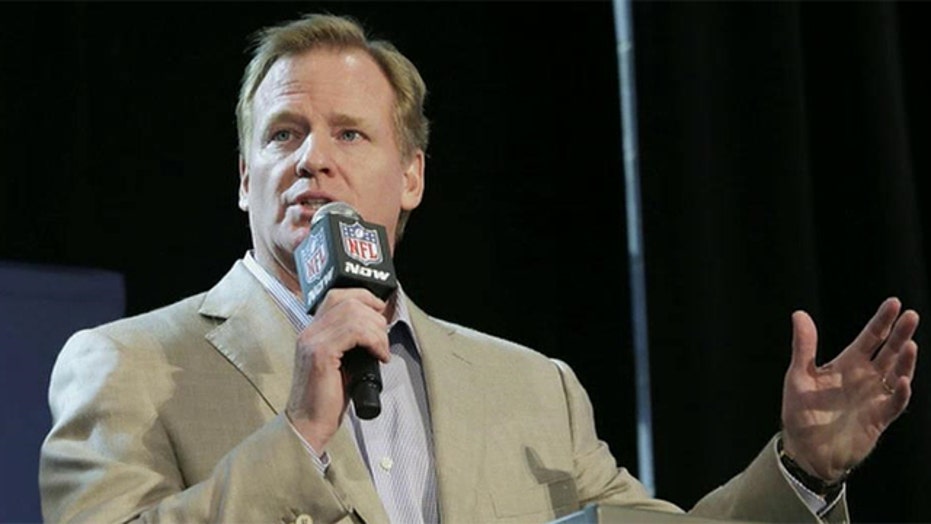 A special counsel for investigations and conduct will oversee initial discipline, Goodell said.

"This will be a highly qualified individual with a criminal justice background hired as soon as possible for the newly created position," Goodell said. "The person will oversee our investigations and decide the discipline for violations of the policy."

The commissioner also may appoint a panel of independent experts to participate in appeals.

After the Ray Rice and Adrian Peterson cases, a more extensive list of prohibited conduct will be included in the policy, as well as specific criteria for paid leave for anyone charged with a violent crime.

A suspension of six games without pay for violations involving assault, sexual assault, battery, domestic violence, child abuse and other forms of family violence will be in effect, but with consideration given to mitigating or aggravating circumstances.

"The policy is comprehensive. It is strong. It is tough. And it better for everyone associated with the NFL," Goodell said.

The players' union has sought negotiations with the NFL on any revamping of the policy, and said Tuesday it would "reserve the right to take any and all actions" should the owners act unilaterally. The union could consider Wednesday's vote by the owners as a violation of the collective bargaining agreement reached in 2011, giving the union cause to file a grievance.

"We expected today's vote by the NFL owners from before Thanksgiving," NFL Players Association spokesman George Atallah said on Twitter. "Our union has not seen their new policy."

That new policy will include a conduct committee made up of several team owners that will review the policy at least annually and recommend appropriate changes. That committee will seek advice from outside experts, the NFL said.

NFL general counsel Jeff Pash said Wednesday in a conference call that "it was a mistake in the past" to rely solely on the criminal justice system for looking into legal issues. And he said the commissioner's role in handing out discipline is not subject to collective bargaining.

Last month, an arbitrator threw out Rice's indefinite suspension by the NFL for hitting his then-fiancee in a hotel elevator, freeing him to play again.

After noting the two-game suspension given to Rice was insufficient, Goodell had changed the minimum punishment under the personal conduct policy to six games. After a video of the punch became public, Rice was released by the Ravens and Goodell suspended him indefinitely.

Rice and the union contended he was essentially sentenced twice, and Jones agreed, saying Rice "did not lie to or mislead the NFL."

Peterson's appeal of a league suspension lasting until next April 15 was heard by Harold Henderson last week. Henderson, a former NFL executive, was appointed by Goodell to rule on the appeal and is expected to do so soon.

Peterson is seeking reinstatement, something Goodell said he would not consider before April 15.

The 2012 NFL MVP hasn't played for the Minnesota Vikings since Week 1 after he was charged with child abuse in Texas. He was placed on paid leave while the legal process played out, and he pleaded no contest Nov. 4 to misdemeanor reckless assault for injuring his 4-year-old son with a wooden switch.