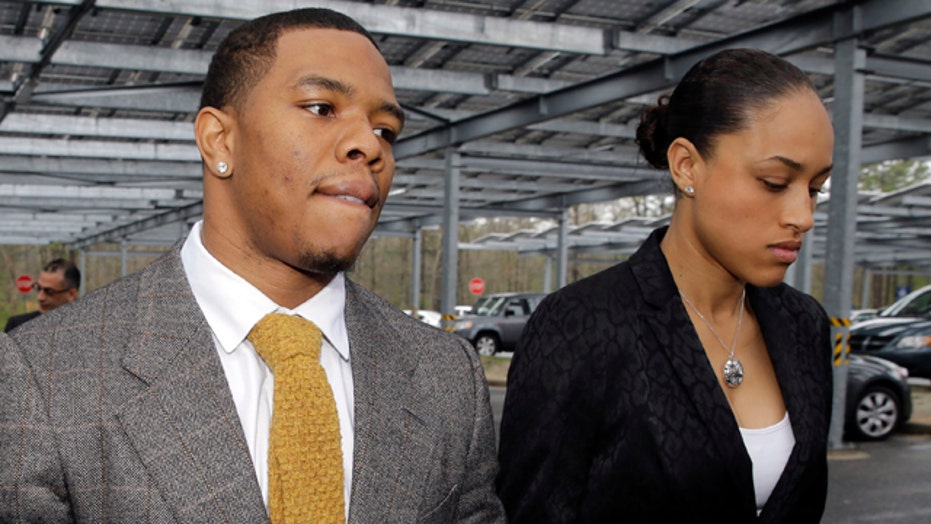 What can society do about problem?

The NFL announced late Wednesday that it has ordered an independent investigation into the league's handling of evidence in the case of former Baltimore Ravens running back Ray Rice.

The probe will be conducted by former FBI Director Robert Mueller and will be overseen by two owners, John Mara of the New York Giants and Dan Rooney of the Pittsburgh Steelers. NFL spokesman Greg Aiello said in a statement that Commissioner Roger Goodell has promised that Mueller would have access to all league records and have the cooperation of all NFL personnel.

News of the investigation came hours after The Associated Press reported that a law enforcement official sent a tape of Rice striking his then-fiancee Janay Palmer to the NFL's offices in New York. The official played an AP reporter a 12-second voicemail from an NFL office number on April 9 confirming the video's arrival. A female voice expresses thanks and says: "You're right. It's terrible."

The official told AP that he had no further communication with any NFL employee and can't confirm anyone watched the video. The person said he was unauthorized to release the video but shared it unsolicited, because he wanted the NFL to have it before deciding on Rice's punishment.

NFL Commissioner Roger Goodell has faced heavy criticism, including calls to resign, over his handling of the case. The league has said it asked for, but could not obtain, the video of Rice punching Palmer in an elevator at the Revel Casino in Atlantic City, N.J. The tape was first made public by TMZ.com early Monday.

Rice had been charged with felony aggravated assault in the case, but in May he was accepted into a pretrial intervention program that allowed him to avoid jail time and could lead to the charge being purged from his record. A prominent New Jersey lawmaker called Tuesday for that decision to be reviewed.

Hours after portions of the video were made public by TMZ, Goodell suspended Rice indefinitely and Baltimore terminated his contract. He had originally been suspended for two games, and team officials had praised him for his apologies and actions after his arrest for aggravated assault.

Goodell and team officials said they were taking more severe action because of the violence in the video.