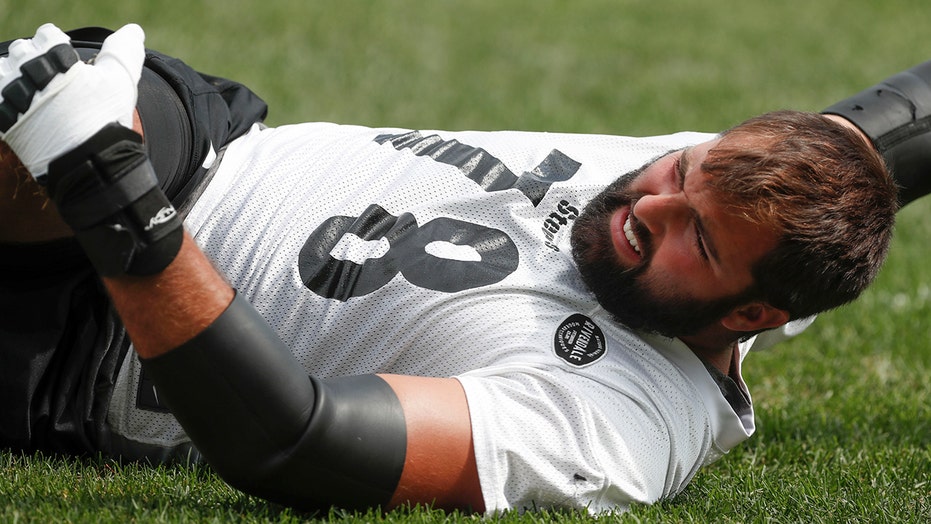 Pittsburgh Steelers offensive lineman Alejandro Villanueva is on a quest to gain more weight before the team kicks off its 2019 season against the New England Patriots next month.

Villanueva, who is listed on the team’s website as 320 pounds, told ESPN on Thursday he hopes to be at 335 pounds by the start of the season and that he only has five more pounds to go.

“It’s terrible,” he said. “I would say it’s harder than losing weight because you feel gross."

Villanueva said the problem is that the stresses of the regular season suppress his appetite and that he dipped to under 300 pounds last season. He said getting to a high number like 335 helps with an expected dip in his weight at some point during the season, according to ESPN.

“I’m self-conscious about my weight, so I feel I need to be at 335,” the U.S. Army veteran said. “If I feel I’m too light, I feel I’ll get lifted off the ground. With a solid 335, I can take on bull-rushes. But in reality, everything I just told you is not scientifically proven whatsoever and might have absolutely no effect on the game. It’s just a matter of confidence.”

Regardless of his eating habits, Villanueva predicted he will drop a pound after each game and his goal is to not go below 320 pounds.