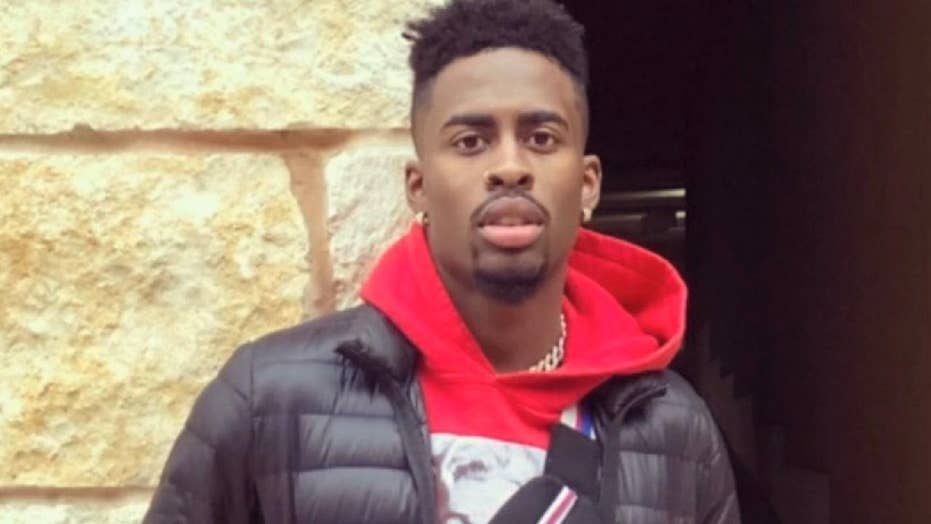 Parents of Washburn University football player Dwane Simmons ask for help in finding those responsible for their son's death.

The New York Giants signed sixth-round draft pick Corey Ballentine to a contract Thursday – weeks after he was wounded and his former college teammate was killed in a Kansas shooting.

Ballentine was celebrating getting selected by the New York Giants last month with his former Washburn University teammate Dwane Simmons in Topeka. The former teammates were stopped by two to four men asking “if they had a smoke,” Simmons’ father, Navarro Simmons, told FOX 4 KC.

“Some guys rolled up and asked if they had some smoke or something else for sale,” Navarro Simmons told the station last month. “Dwane and Corey said 'no' and they just drove off and came back around and opened fire. And killed Dwane, and we're just left in many broken pieces.”

Ballentine was rushed to the hospital and treated for a gunshot wound in the buttocks. The Giants had initially told Ballentine to stay home until he’s healed mentally and physically. Ballentine has yet to be cleared to participate in the team’s offseason program, according to the New York Post.

Dwane Simmons’ family urged anyone with information on the shooting to contact police.

There have not been any arrests made in the shooting.

“There’s a lot of working parts to it, a lot of individuals that saw a lot of things that took place. We’re very confident that we’ll bring this to a successful conclusion. It might be another month or so, but we feel very confident,” Topeka police Chief Bill Cochran told KSNT-TV on Tuesday.

Ballentine’s deal is reportedly expected to be a four-year deal worth $2.7 million.