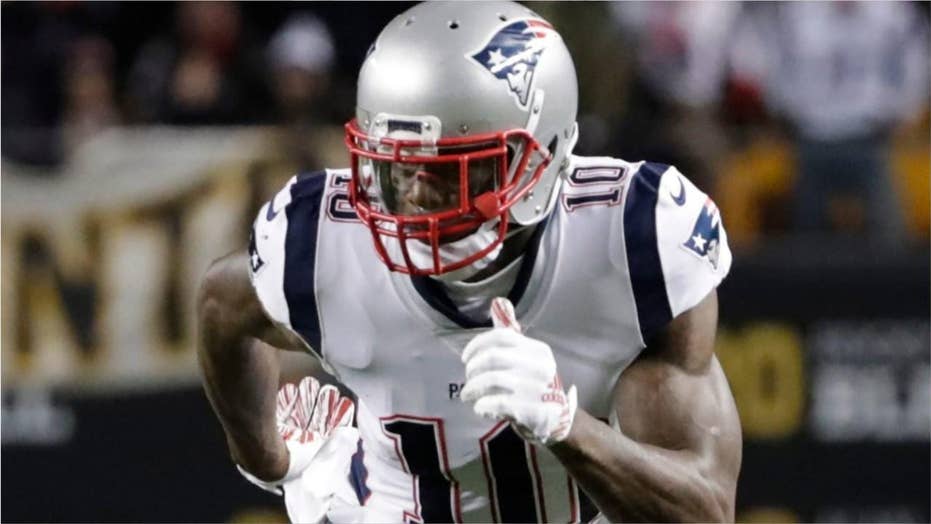 New England Patriots wide receiver Josh Gordon announced he was 'stepping away from football' to focus on his mental health, just months after completing a suspension for substance abuse issues.

New England Patriots wide receiver Josh Gordon announced Thursday he was “stepping away from football” to focus on his mental health, just months after completing a suspension for substance abuse issues.

Gordon, 27, announced his plans in a short statement on Twitter, where he thanked the Patriots for their support.

“I have recently felt like I could have a better grasp on things mentally,” he said. “With that said, I will be stepping away from the football field for a bit to focus on my mental health. I would like to thank Coach Belichick, Mr. Kraft, as well as countless others within the Patriots organization for their continued support.”

The Patriots, who are on the verge of securing another AFC East title and a playoff berth, also released a statement in support of Gordon.

“We support Josh Gordon in his continued efforts to focus on his health,” the statement read. “His attempt to do so is a private and personal matter, which we intend to respect.”

The announcement came amid multiple reports that Gordon is facing another indefinite suspension for violating the terms of his reinstatement under the NFL’s drug policy. According to ESPN’s Adam Schefter, Gordon wasn’t expected to play again this season or ever again.

The NFL granted Gordon conditional reinstatement in November 2017, allowing him to join his former team, the Cleveland Browns, for team meetings and workouts. He announced at the beginning of the season he would miss the start of training camp as part of his “overall health and treatment plan.” Gordon had violated the league's substance-abuse policy multiple times.

He was traded to the Patriots in September after reporting to practice with an unexplained hamstring injury. He remained in Stage 3 of the NFL’s substance-abuse program even upon reinstatement. In 11 games with New England, he caught 40 balls for 720 yards and three touchdowns.