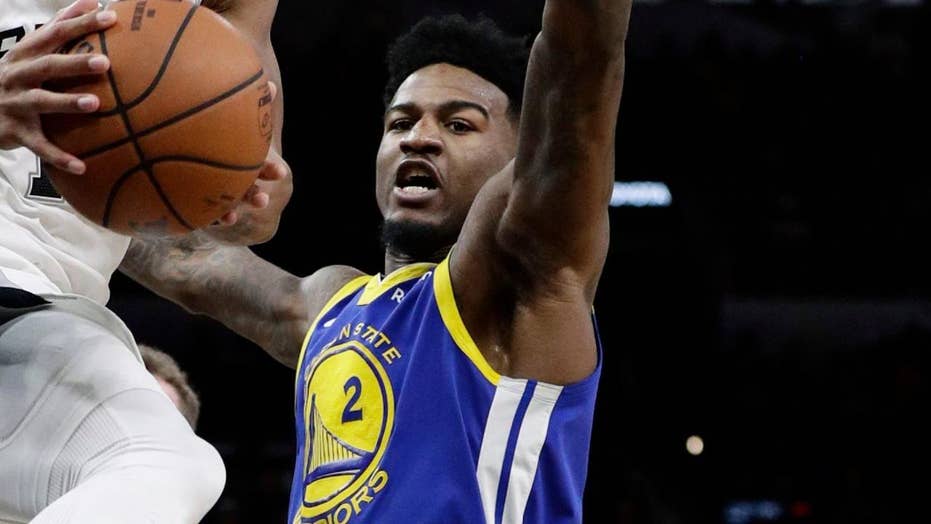 Golden State Warriors’ star Jordan Bell was reportedly suspended for Wednesday’s road game against the Memphis Grizzlies because he tried to charge a purchase made at the team’s hotel to an assistant coach’s room.

It wasn’t immediately clear what Bell had purchased or how much it cost when he attempted to tag it to assistant coach Mike Brown’s bill at the Peabody Hotel on Tuesday, the Athletic reported.

When Brown was alerted to the charge, the team investigated and found that Bell made the purchase on Brown’s bill, the media outlet reported. The Warriors were also concerned that Bell had done this other times, according to the report.

The Warrior’s first announced Bell’s suspension Wednesday morning in a press release, citing “conduct detrimental to the team.” Both the team and Bell declined to comment about the incident at the time.

League sources told the Athletic that Bell’s conduct at the hotel was the reason for his one-game suspension.

Bell was not at Wednesday’s 118-103 win against the Grizzlies. He was expected to rejoin the team Friday for their game in Minnesota.