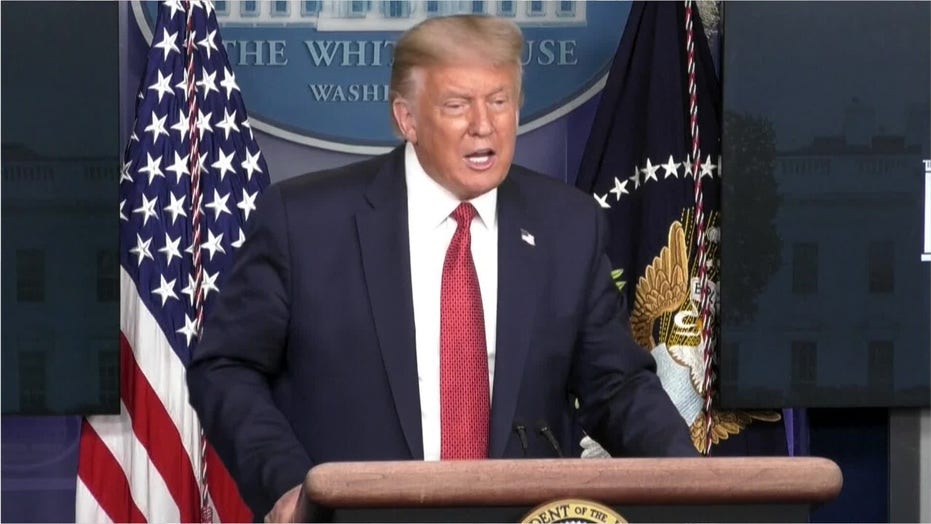 NBA Commissioner Adam Silver said Wednesday that the league’s decision to tackle social justice issues during its season restart in Orlando was “unavoidable” given the current climate in the country.

"To be honest, it makes me uncomfortable. I understand critics who say that they turn to sports to avoid controversy," Silver said in an interview with Sports Illustrated published Wednesday. "But it's unavoidable at this moment in time in our country. I wish there was an easier path for us to follow right now. Even if there were, I don't think it would necessarily be the responsible thing to do."

TRUMP SAYS NBA, MEDIA ARE 'BOUGHT OUT' BY CHINA

The league made social justice causes a key tenet of its plans to resume play inside the bubble at Walt Disney World resort. Players were allowed to display a pre-approved list of messages on their jerseys highlighting key issues and the league has opted not to enforce its longstanding policy requiring players to stand for the national anthem.

Dozens of NBA players have knelt during the national anthem to raise awareness of racial injustice and police brutality following the death of George Floyd while in police custody in Minneapolis.

The league’s approach has drawn scrutiny from several prominent politicians, including Sen. Josh Hawley, R-Mo., who last month called for Silver to testify before Congress regarding the NBA’s dealings with China. Critics have argued that the NBA’s list of pre-approved messages did not include anything related to pro-democracy protests in Hong Kong, months after Houston Rockets general manager Daryl Morey’s tweet in support of protesters triggered an international incident.

NFL GREAT BRETT FAVRE: GOLFING WITH TRUMP WAS 'AN HONOR'

“You ever notice, they always say, ‘Russia, Russia, Russia,’ they don’t mention ‘China, China, China,’ because most of these people, like you look at the NBA, they’re bought off by China,” Trump said. “China is, you know, the big pot of gold.

"I think our fans are able to separate words on the floor or messages on the players' jerseys or the floor," Silver added. "Even to the extent that they don't, I think they recognize that these are not simple times. Our players are not one-dimensional people, and they can both be deeply concerned about issues that our country faces and at the same time perform their craft at the highest level."