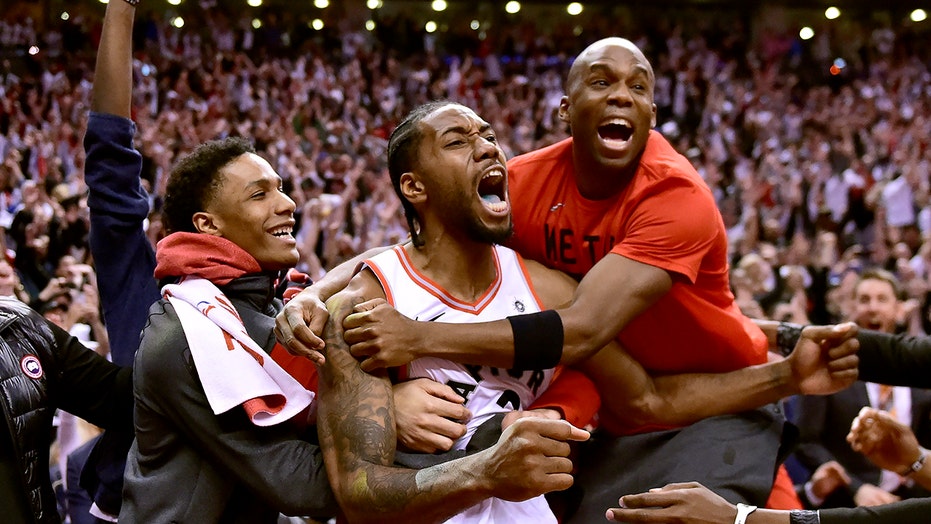 Toronto Raptors star Kawhi Leonard was given the ball with just seconds left in Game 7 of the Eastern Conference semifinals against the Philadelphia 76ers on Sunday night and made it count.

Leonard dribbled the ball to the far corner and put up a fadeaway shot. The ball bounced around the rim several times before going through the bottom of the net to give the Raptors the 92-90 victory over the 76ers and send the team to the Eastern Conference Finals against the Milwaukee Bucks.

The shot also sent social media into a frenzy with many people celebrating Leonard’s heroics.

The basket gave Leonard a game-high 41 points to go along with his eight rebounds and three assists. He was 16-of-39 from the field, including 2-for-9 from three-point range in the win.

The Raptors will make their second-ever appearance in the Eastern Conference Finals. They lost to the Cleveland Cavaliers in the 2016 NBA Playoffs. They have never been to an NBA Finals.

Serge Ibaka also helped the Raptors with 17 points and eight rebounds. Pascal Siakam had 11 points and 11 rebounds in the game.

Despite shooting 43 percent from the field, the 76ers come up short in their efforts to make the Eastern Conference Finals.

Each of the 76ers’ starters were in double-figures in points.

The Raptors and Bucks play Game 1 on Wednesday.