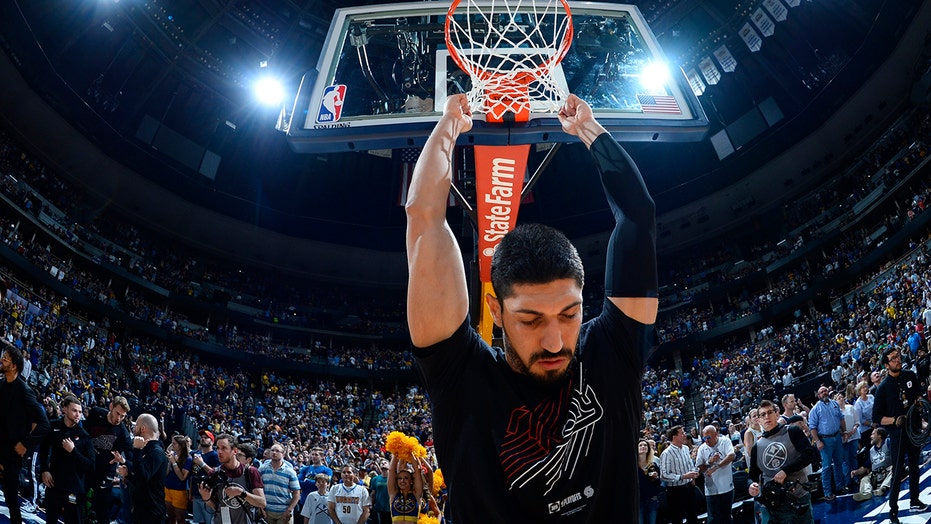 Kanter has been hugely critical of Turkey’s President Recep Tayyip Erdogan. Turkey in January sought an Interpol “red notice” arrest warrant, citing Kanter’s ties to exiled Muslim cleric Fethullah Gulen. The cleric, who lives in a secluded compound in Pennsylvania, has been blamed for a failed coup in Turkey in 2016.

The senator said he told his staff to work with the administration to ensure that Kanter can travel to Canada should circumstances bring Kanter the opportunity.

Wyden added: “I urge your government to ensure the same respect to Mr. Kanter’s ability to enter Canada, play in Canada, and then return safely and expeditiously to the United States. I also urge you to state publicly that your government will ignore any red notice against Mr. Kanter.”

Trudeau did not immediately respond to Wyden’s letter.

Kanter told ESPN that his criticism of Erdogan has made him a target.

Portland Trail Blazers center Enes Kanter is getting help from Sen. Wyden because of the chances he could play in Canada next month. (AP Photo/John Leyba)

“As you know, I am a law-abiding citizen both in Turkey and here in the U.S. I never broke a single law in my life, didn’t even have a parking ticket, but Turkish government cancels my passport ... WHY? it’s simply because I’m an outspoken critic of Dictator Erdogan. So, Erdogan might push all his chances through Interpol, which I believe he tries abusing it,” he said.

Kanter’s international status has affected him playing in a few games this year. While with the New York Knicks earlier this year, Kanter skipped the team’s game in London over fears he could be killed over his opposition to Erdogan. He also missed Portland’s game against Toronto in March.