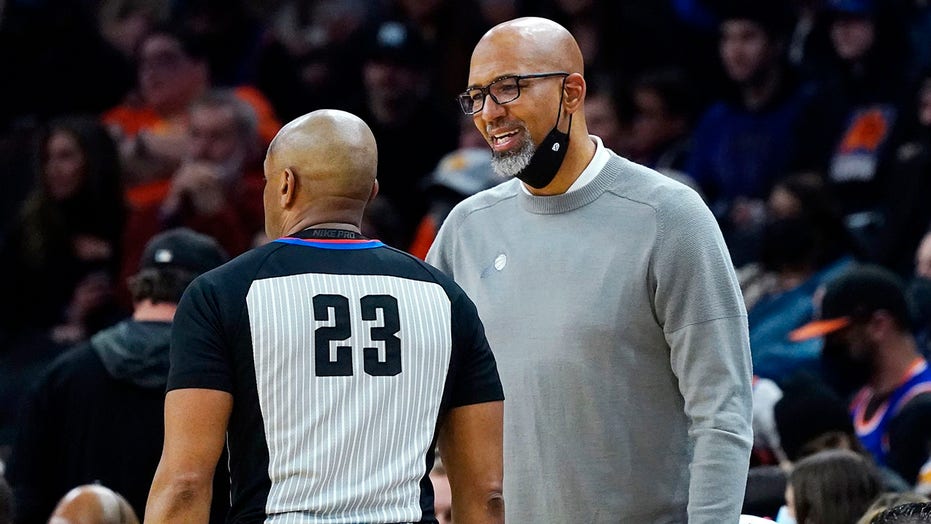 NBA players who test positive for COVID-19 now have a quicker path to return to play, after the league completed a significant update to its health and safety protocols on Monday.

The biggest change: Isolation periods for players who test positive may now be significantly shortened — down to six days from what has been the customary 10 — provided those players are asymptomatic and meet other testing standards. Teams were told of the new protocols Monday in a memo sent by the league, a copy of which was obtained by The Associated Press.

That memo was sent on the same day the Centers for Disease Control and Prevention cut isolation restrictions for Americans who catch the coronavirus from 10 to five days. CDC officials made that move saying that evidence shows people with the coronavirus are most infectious in the two days before and three days after symptoms develop.

The NBA also relied on data, telling teams the updated protocols "reflects analysis of testing data that the league and its infectious disease experts and epidemiologists have gathered throughout the pandemic." The changes were made in agreement with the National Basketball Players Association.

The NBA has seen coronavirus numbers soar in recent days, even with 97% of players vaccinated and at least 65% of eligible players boosted against the virus. A pair of coaches — Phoenix’s Monty Williams and Portland’s Chauncey Billups — entered the NBA’s health and safety protocols Monday.

"In the league, everyone's kind of going through the same thing," said Suns assistant Kevin Young, who is taking over in Williams' absence. "We had a slogan going back to last year — navigating uncertainty — and here we are."

More proof of the uncertainty: The Suns had been listing Elfrid Payton as out and in the protocols throughout the day on Monday, then declared him available about 90 minutes before game time.

The Blazers said the team will be coached by assistant Scott Brooks, a longtime head coach, during Billups' absence.

Phoenix was hosting Memphis on Monday, while Portland — with seven players in the protocols as well — was hosting Dallas. The Trail Blazers had been off since Dec. 21; their game that had been scheduled for Dec. 23 against Brooklyn was postponed because of virus issues decimating the Nets’ roster. That was one of nine games postponed by the NBA so far this season.

Williams and Billups being off the sideline raises the total of head coaches in the NBA currently sidelined by virus issues to four, including the Los Angeles Lakers’ Frank Vogel and Chicago’s Billy Donovan. Vogel has missed the Lakers’ last four games, and Donovan is missing his second consecutive game when the Bulls visit Atlanta on Monday.

"With Frank right now, it’s a matter of testing and getting those negative tests in," said Lakers assistant coach David Fizdale, who is running the team in Vogel’s absence. "But he’s doing well health-wise. His spirit’s right. Obviously, he’s chomping at the bit to get back and start competing."

The count of players in the NBA’s protocols remained around 120 on Monday evening. Among the new notable additions to the list: Olympic gold medalist Jayson Tatum, placed into protocols by the Boston Celtics.

Atlanta listed 12 players as out — 10 for virus reasons, two for injuries — for its game against Chicago, but the Hawks said guard Trae Young was cleared to return, making that announcement about 90 minutes before tip-off.

Teams that have been hit particularly hard by virus-related issues have been able to cobble together rosters over the last couple weeks primarily by signing players to 10-day hardship deals.

Tatum was one of 15 players — eight Celtics, seven Timberwolves — ruled out of the Boston-Minnesota game for virus-related reasons alone.