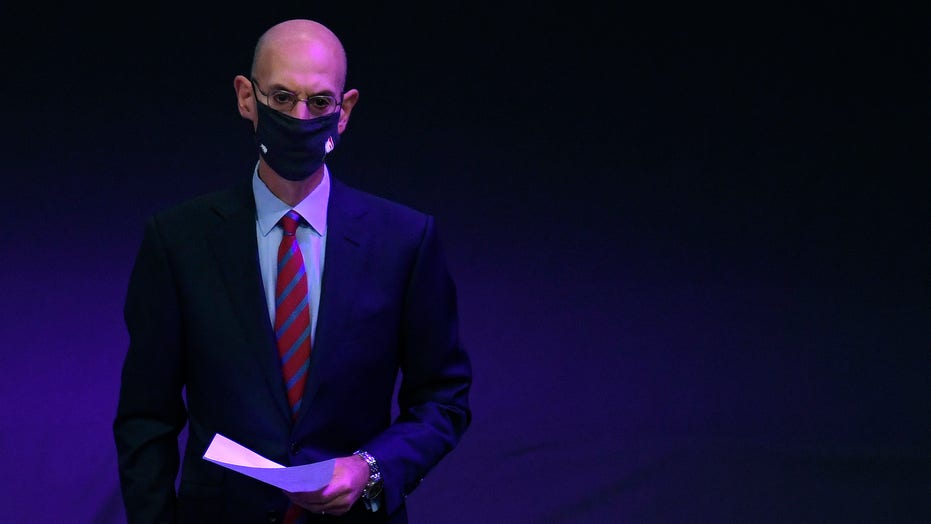 NBA Commissioner Adam Silver said Tuesday that there are no plans to pause the season amid a rise in COVID-19 cases which has caused other leagues, including the NFL and NHL, to postpone a number of games.

Silver spoke publicly for the first time during an appearance on ESPN’s "NBA Today" to address the rise in COVID cases plaguing the NBA and made it clear that the league has no intentions of stopping the season.

NHL SAYS IT WILL PAUSE SEASON DUE TO COVID-19 CONCERNS

"No plans right now to pause the season. We’ve of course looked at the options but frankly, we're having trouble coming up with what the logic would be behind pausing right now," Silver said.

"As we look through these cases, literally ripping through the country right now – putting aside the rest of the world, I think we’re finding ourselves where we knew we were going to get to for the past several months and that is that this virus will not be eradicated and we’re going t have to learn to live with it," he continued.

As of Tuesday, more than 80 NBA players were adhering to COVID health and safety protocols and seven games had been postponed as a result, according to CBS Sports.

Silver said that the plan is to "move forward" with games scheduled for Christmas Day but added that the league does have contingency plans in place.

Golden State Warriors guard Stephen Curry is acknowledged by the crowd during the first half of an NBA basketball game against the Sacramento Kings in San Francisco, Monday, Dec. 20, 2021.  (AP Photo/Jed Jacobsohn)

"Every day is a new day. We get the overnight testing, we look where we are in terms of our rosters and make our decisions but at least as I said, it seems for us that the right and responsible thing to do – taking all the factors into consideration – is to continue to play," Silver said.

He also noted that the league, which is 97% vaccinated with 65% of those players having received booster shots, is not considering making vaccines mandated but rather increasing the percentage of boosters.

There has been a national uptick in COVID cases with the addition of a new variant. The NFL was forced to postpone three games this weekend after more than 150 positive cases swept through the league. The NHL agreed to pause its season through the holiday break beginning on Wednesday after having to postpone 50 games, including 32 this week alone.