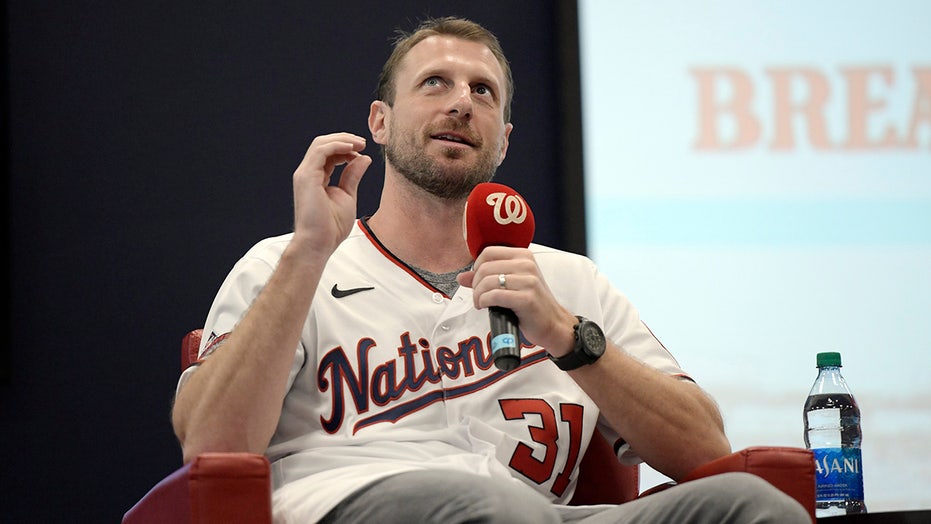 With a “2019 World Series Champions” patch stitched onto the right sleeve of his white Washington Nationals jersey, and his eyes -- one brown, one blue -- open wide, Max Scherzer made it clear as clear can be Saturday that his neck is just fine and his preseason routine is same as ever.

“I played catch probably two weeks after the World Series and I was playing catch OK, so I knew that there was no long-term damage. I did the whole MRI thing and that came away clean, too. Everybody wanted to dot their I's and cross their T's and everybody did,” Scherzer said with a chuckle at the club's annual fan festival at Nationals Park.

So what if he basically added a month to his season by playing all the way until the end of October?

“I've recovered from our playoff run. I'm back in the training. I feel good. Right where I need to be throwing the ball,” Scherzer said. “I'll be going into spring training full tilt.”

As if nothing had happened at all last season, when he went on the injured list twice because of an upper back issue, making fewer than 30 starts in a year for the first time since his first season in the majors, then was scratched from Game 5 of the Fall Classic because of a neck problem.

Scherzer did end up making it back to the mound for Game 7, which Washington won against the Houston Astros for the first title in franchise history.

“We got some ideas of different things I've got to do,” Scherzer said. “I'm doing different lifts to help try to do some corrective exercises to help make sure that doesn't happen again.”

If anything, general manager Mike Rizzo assumes, the ever-competitive Scherzer might need a little holding back as pitchers and catchers report to West Palm Beach, Florida, on Feb. 12 for camp.

“I noticed around Christmas that he felt good about himself, and I know he's down in Florida doing his thing, so I know he'll hit the ground running in spring training," Rizzo said. “And I'm sure we'll have to have a talk with him to back off a little bit and get ready for the season.”

Notes: Rizzo said he met in his office for about 1½ hours with free agent 1B Ryan Zimmerman this week but revealed nothing about negotiations with the only player to have been with the Nationals every since season since they moved to Washington from Montreal in 2005 ... Rizzo wouldn't rule out coming to an agreement with free agent 3B Josh Donaldson, but mentioned 21-year-old Carter Kieboom while discussing the idea of that position being filled by a player already in the organization. ... SS Trea Turner said a three-dimensional printout of his broken right index finger helped discover a bone spur on his knuckle before surgery in November; he said the range of motion on that finger is much better now.